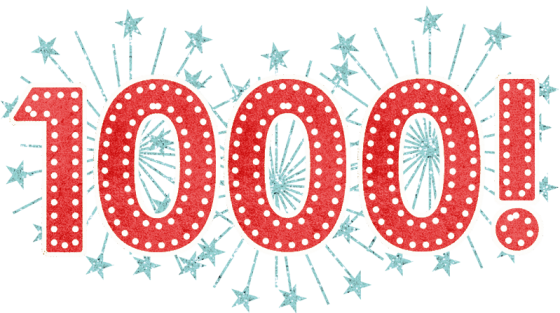 Little did I think, on March 4th 2001, when I typed the words “The Story So Far” on www.the-beacon.com, that I was starting a fourteen-year journal/rant/ramble that would continue to the crazy Doc-Brownian future of 2015 and encompass a thousand entries. Today I’m going to tell the story of my blogs as they leapt from project to project, highlighting some of the best posts along the way.

For the first decade of my online odyssey, I saw blogging as a kind of “bonus content” to accompany my film projects. I remember planning the website for the original short version of Soul Searcher before I even had internet access. Both that project and its immediate successor, Cow Trek, had retrospective production diaries on their websites.

But when I embarked on my first professional(ish) feature, The Beacon, I launched a website for it at the very start of preproduction. A simple splash page, a brief About page and a “Journal”. The project was so huge, I think I felt that breaking it down into bite-sized blog posts as I went along would make it more manageable for me, and help me feel that I was making progress. 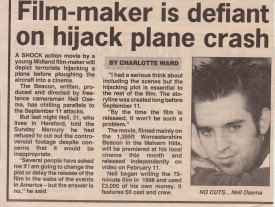 My early blogs were really production diaries, reporting what had happened since the last post. I was young and cocky, and I often tried to be humourous. Much of the humour was obscure and probably put off some readers, with hindsight, but at the time I didn’t feel like many people were reading it anyway. I was wrong.

In September 2001, the World Trade Centre attacks spookily echoed a scene I had shot a month earlier in which a plane full of terrorists crashed into a cinema. On September 26th I wrote: “A couple of people have asked me if I’m going to make any changes to The Beacon or delay its release in the wake of the events in America. The answer is no.” I regretted being so blunt when this quote made it into local papers under the headline: “Film-maker is defiant on hijack plane crash”.

The Beacon’s blog ran for sixteen months, the most entertaining posts being those that displayed my lack of concern for safety, or our efforts to avoid the Malvern Hills Conservators, who threatened to shut down the shoot. August 9th 2001’s entry, on the second day of shooting the car chase, had drama from both of these angles.

On March 27th 2002, a few months before The Beacon’s blog fizzled out, the website and production journal for my next feature were launched. Soul Searcher‘s journal followed the reporting style of The Beacon’s, with the same surreal humour, though this time with increasingly frequent Back to the Future quotes, for no good reason. Often I was deliberately playing to the audience of cast and crew who I knew were avid readers.

This journal ran for four years, ending on the day Soul Searcher was released on DVD in the UK. Along the way, every up and down of the production was documented. And believe me, there were many downs. I saw no reason to conceal the problems we faced; I realised that the struggles were entertaining. I still bump into people today who enjoyed and were inspired by my Soul Searcher blog back in the mid-noughties.

Some of the best Soul Searcher posts were:

My next blog covered my attempts to develop and finance another feature, The Dark Side of the Earth. “What the hell is the matter with me? I’m back for more punishment,” is how I began my first entry, on October 14th 2005.

(Shortly afterwards, concurrently, I began publishing the paper-and-ink journal I’d kept for the original, amateur version of The Dark Side of the Earth, each entry being posted exactly a decade after it had been written. Yes, I had a blogging impulse before I even knew what blogging or the internet were. Read this teenage journal and my contemporary annotations here.)

By this time my blogging style was maturing, and I was learning to hold back some of the bad news in case potential producers or investors were reading. This perhaps led to a wider appeal, evidenced by Film & Festivals Magazine publishing an abridged version of my Dark Side journal in September 2009.

Although I shot a 35mm pilot starring Benedict Cumberbatch – read my posts about the stressful shoot here and here – it slowly became clear that The Dark Side of the Earth was going nowhere, and by 2011 my posts were rarely about the project.

What’s more, times had changed. Back in 2001 a lot of people had never even heard the term “blog”. A decade later, blogging had exploded, and it had evolved into more of a magazine format. No longer could you get away with simply reporting your progress on a project. Now readers demanded tips, interviews, videos, image galleries, tutorials. I realised it was time to start a new site, one that would be about me sharing my filmmaking knowledge and experiences.

NeilOseman.com launched on August 5th 2011, and quickly became a much richer and diverse blog than any of my previous ones. Tying in with my gradual retreat from self-originated and self-directed projects, cinematography became the main focus of the site, though other aspects of filmmaking continue to be covered. Here are some of my favourite posts from the last four years:

Here’s to the next thousand posts! And for those of you looking to learn more about the art of waffling on a website, I’ll be posting my top blogging tips in the next few weeks.