Exactly a decade ago today, I flew out to New York to serve as director of photography on Tom Muschamp’s microbudget thriller Beyond Recognition. It’s the story of Geoffrey Mills, the world’s best plastic surgeon, who gets ensnared in dangerous machinations when he refuses the mafia’s request to alter their don’s face.

To this day it remains my favourite of all the shoots I’ve been on. I was 22, I’d made The Beacon (an experience which largely led to me getting the job, I think) but I’d never DPed a feature for another director, and I’d never been to the States before.

Tom, a Brit, had met an American producer who offered to source all the locations in upstate New York and host the cast and crew at her mother’s house, which was massive in a way that only American houses can be. There is something quite post-modern about the fact that, although I was there to make a film, I was seeing and experiencing things which had hitherto been confined to films for me, like screen doors, root beer and morbid obesity.

The gaffer, the first assistant director and the runner (Tom’s cousin Ed Reed, who later production-managed Soul Searcher) travelled from the UK with Tom and I, but the cast and the rest of the crew were American. For the most part the atmosphere was fantastic. We were all young and enthusiastic and bonding over the trials of shooting an ambitious script with minimal resources in roasting temperatures – in fact “Hot in Here” by Nelly became the anthem of the shoot. Michelle Branch’s “Everywhere” and Avril Lavigne’s “Complicated” also have strong associations with Beyond Recognition for me, as one or other of those songs seemed to be playing on the radio every time we piled into our hired minibus to go to the next location.

I’d sent a wish-list of lighting equipment to the production team ahead of time, including several large HMIs and a whole bunch of other kit. When I arrived in New York they said, “Er… well, we’ve got the gels you asked for…” A quick trip to Home Depot was called for. I think that was my first experience of lighting with halogen work-lights, otherwise known as DIY lights. Later Tom splashed out on a set of four Arrilites, which he kindly let me keep at the end of production, and most of which I still have and use to this day.

Many scenes were shot in what became known as The Star Building – a small, disused factory in the grounds of the house we were staying in. It was full of junk, which we were constantly shifting around to enable us to film in different corners. The toilets didn’t work properly, and I distinctly remember an incident in which the first AD disappeared for a bowel movement, and shortly afterwards some suspiciously brown water started dripping from the ceiling.

There was a lot of night shooting, which was great experience for me and helped me develop the Cameron-esque blue look that would define Soul Searcher. When it came to interiors, my memory is that daytime scenes were typically shot at night and vice versa, though God knows why. We were forever blacking out windows or setting up artificial suns.

One key thing I learnt from Beyond Recognition is the importance of having your cast and crew sign contracts before you start shooting. The lead actor was very unreliable, but made all kinds of demands once the film was in the can and Tom needed his signature on the dotted line. The lead actress was a bit ditzy as I recall, repeatedly plugging in her hair-drier at a hotel location and blowing the fuse every time because of all the lights we were running. And then there was the actor who, when we needed a bug detector as a prop, said “I’ll bring mine,” and was sent to prison a few years later when he was caught defrauding hundreds of thousands of dollars from a hide-out in the basement of the World Trade Centre. And you think I’m kidding.

Crew-wise, we seemed to splinter into two factions towards the end of the three week shoot – those who were happy to do whatever it took to get the movie made, and those who just wanted to moan and slack off (I will never understand why these people sign up to unpaid shoots in the first place). The hours were very long and there wasn’t a single day off in those three weeks, but I’m afraid that’s what micro-budget filmmaking is like. I loved it.

Like many Brits returning from the US (especially New York) for the first time, I was quite depressed afterwards and for a few months could think of little other than wanting to return to New York and how much cooler everything is over there. 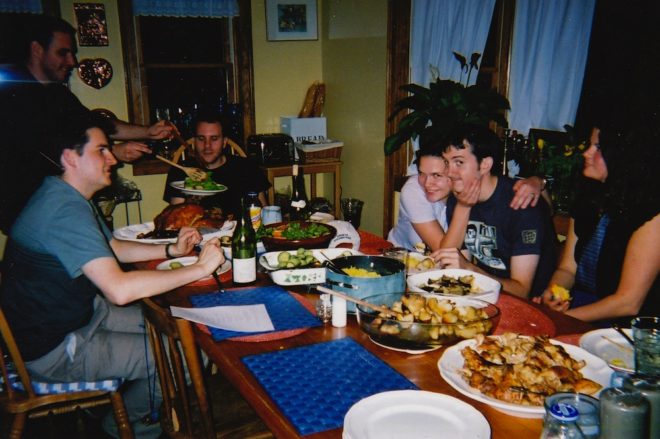 But principal photography on Beyond Recognition was not over when the New York stuff wrapped. Part of the film is set in Italy, and Tom had lined up locations in the picturesque Fai della Paganella in the Dolomites. So on September 29th I was back on a plane, this time to Verona. The crew line-up had changed a bit; strangely the members of the second faction mentioned above were not invited back, and a couple more Brits joined us including Simon Ball and Max Van de Banks, both of whom I’d worked with before and who would go on to work on Soul Searcher. Ed Reed, meanwhile, had been promoted to first AD.

The Italian leg of the shoot ran smoother than the US leg, as far as I remember, although we were not popular in the town by the end of the shoot. This was mainly due to the unruly actors, who tended to help themselves to alcohol from the hotel bar (leaving money for it, I should add) and generally act like they owned the place.

I finally got my HMIs in Fai. Tom hired two 4Ks from Arri in Milan, which I used to light the town square. I also got to film a craning shot up in the mountains from a cherry-picker. 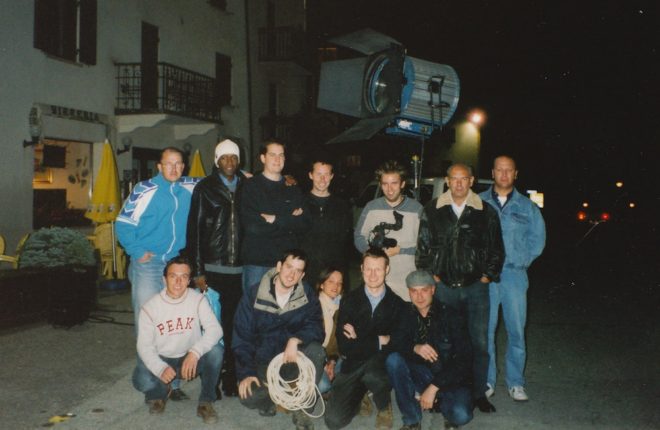 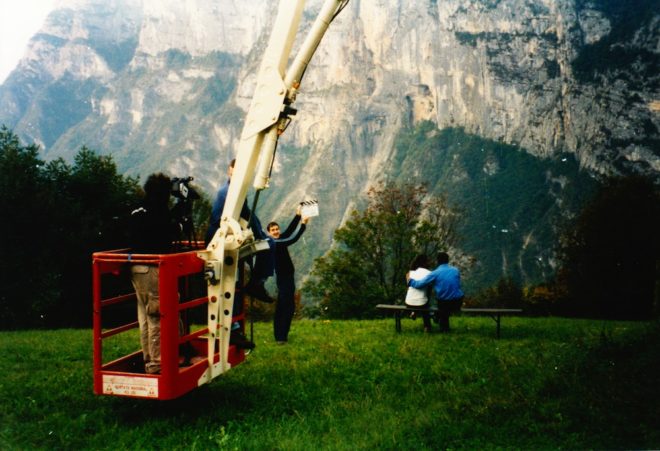 All in all, the project was an amazing experience for me, and left me with a burning desire to work far more regularly as a DP on indie films, an ambition I sadly still haven’t succeeded in. But besides helping shape Soul Searcher, both in terms of its look and Tom’s distribution experiences which I drew on when selling my film, it did lead to other work and in 2007 to my DPing Tom’s second feature, See Saw, on which I met my wife Katie.

Beyond Recognition was released on DVD in the US and other territories, but is only available in the UK as an import. I’ll leave you with the trailer.

P.S. You can read my original blog entries from the 2002 Beyond Recognition shoot here, here, here and here.