Shooting interviews is a great way for a cinematographer to learn to light. I figured out loads about how human faces react to light of different kinds from years of experimenting on the talking heads in corporate videos. And because those interviews were often long and dull, there was plenty of opportunity to evaluate my lighting as I relaxed behind my locked-off camera.

At the weekend a “promo day” was held for Ren, the fantasy-action web series which you must all have heard of by now. The goal was to shoot publicity stills of the lead actors, and to shoot interviews for the EPK (Electronic Press Kit). We decided to stage these against a black backdrop.

Our venue was the office-cum-studio of the nascent Cambridge TV station, kindly lent to us for the day, but the only lighting kit we had were two Chinese LED panels, two halogen worklights and a couple of collapsible reflectors. I knew from the start that I wanted to use the worklights to key the talent, because halogen bulbs put out a much fuller spectrum of light than budget LEDs. Without a full spectrum you can’t capture all the skintones, and your subject will lack life. 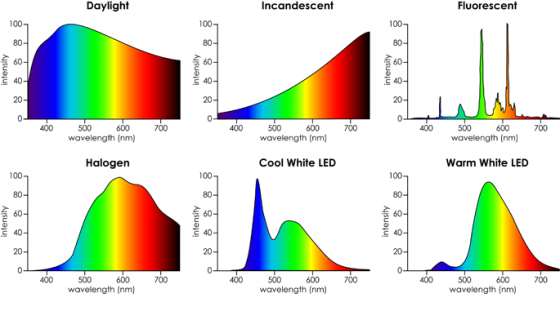 Here’s the lighting set-up I arrived at. 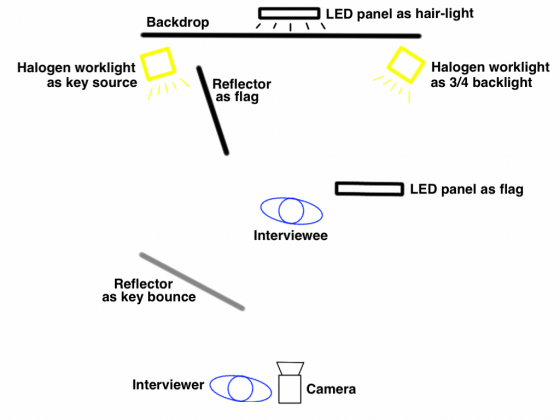 I’ll talk you through it.

The keylight (halogen, top left) bounces off the silver side of a reflector (resting on a convenient flipchart) to give a nice, soft source. The second reflector is used as a flag to stop direct light from reaching the talent.

The second halogen (top right) serves as a hot three-quarter backlight. One of the LED panels is used as a flag (!) to stop this backlight flaring into the lens.

The other LED panel pokes over the top of the backdrop to provide hair-light.

The white walls of the studio provide sufficient bounce to render a fill light unnecessary.

The result is a nice, slick, minimal look. The two backlights stop dark hair or clothes from disappearing into the background, and the soft key is flattering to all yet is at enough of an angle to provide shape and contrast – see how it outlines Sophie’s left cheek and jaw. 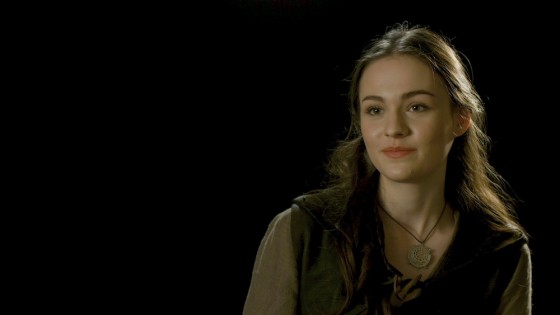 Incidentally, we considered using a white backdrop for a little while. Had we gone with this, how would I have changed the lighting? I would have had to lose the backlights, because white rim-light will only make your subject bleed into a white background. The lamps thus freed could have been trained on the backdrop in an attempt to blow it out, but it’s questionable whether that would have been achievable with the Blackmagic’s dynamic range. Finally, I expect I would have introduced negative fill to get rich, black shadows on the talent’s up-side, in order to get some contrast into the image. More on lighting for a white backdrop here.

After the publicity shoot, we repaired to Kate’s place for a Q&A livestream. Here it is if you missed it. Subscribe to Mythica Entertainment’s YouTube Channel to make sure you never miss our behind-the-scenes videos and trailers.