We go into the nun cell (where we shot yesterday) and turn on the lights. We are ready to shoot. This takes everyone by surprise because they’re used to waiting ages for lighting to rig in the morning. We do some more Evil Dead, 18mm lens, banking steadicam shots, with Max and Mikey waving dingles in front of our lamps again.
Just after lunch we do my favourite shot so far. It is just a profile CU of Hannah washing her face. She is silhouetted against a shaft of light from the window, and I give her a very slight edge from an LED panel on the floor as she bends over the basin. It is simple and beautiful. Much as I dislike the CRI of LED panels, the two we have in our kit have proven very useful, particularly when running distro would have been prohibitively time-consuming.
We shoot a prison cell scene. Everyone is expecting a shaft of light, including me. After all, I’ve done loads of shafts of light on this film, and a prison cell is the classic excuse for one. Unfortunately the window position is not conducive. Ben has pre-rigged a kino toplight. Everyone looking at the monitor likes how it looks. Except me. I go out into the hall to look at the ‘checks’ monitor. (We have four monitors: a large ‘checks’ monitor – usually a room or two away from the set – where art department, costume, make-up and the script supervisor can watch; a small director’s monitor which is close to the action; a tiny focus puller’s monitor which is usually clamped to the director’s monitor, or occasionally rigged on the camera; and a monitor specifically for Dave, the sound mixer.) As the actors run a rehearsal, I realise what the shot needs. I have the two Bens (gaffer and standby carpenter) screw a Dedo into the wall above the prisoner, giving a hard streak of light down onto her. This punches up the shot somehow, and I’m happy to shoot.
We move upstairs into a low-contrast set: light-coloured walls with lots of hanging white sheets. I find myself doing some of the flattest (but perhaps most flattering) lighting of my career. The sheets give lots of bounce which looks great on the ladies. It’s a happy flashback scene, so the mood fits.
After wrapping I discuss the scenes coming up on Monday with Paul and Hattie, the standby art director, because gaffer Ben will need to do some pre-rigging for them tomorrow. On a production this big it’s important to think ahead in the schedule and be prepared, because if you’re not then people will want to know the reason why. 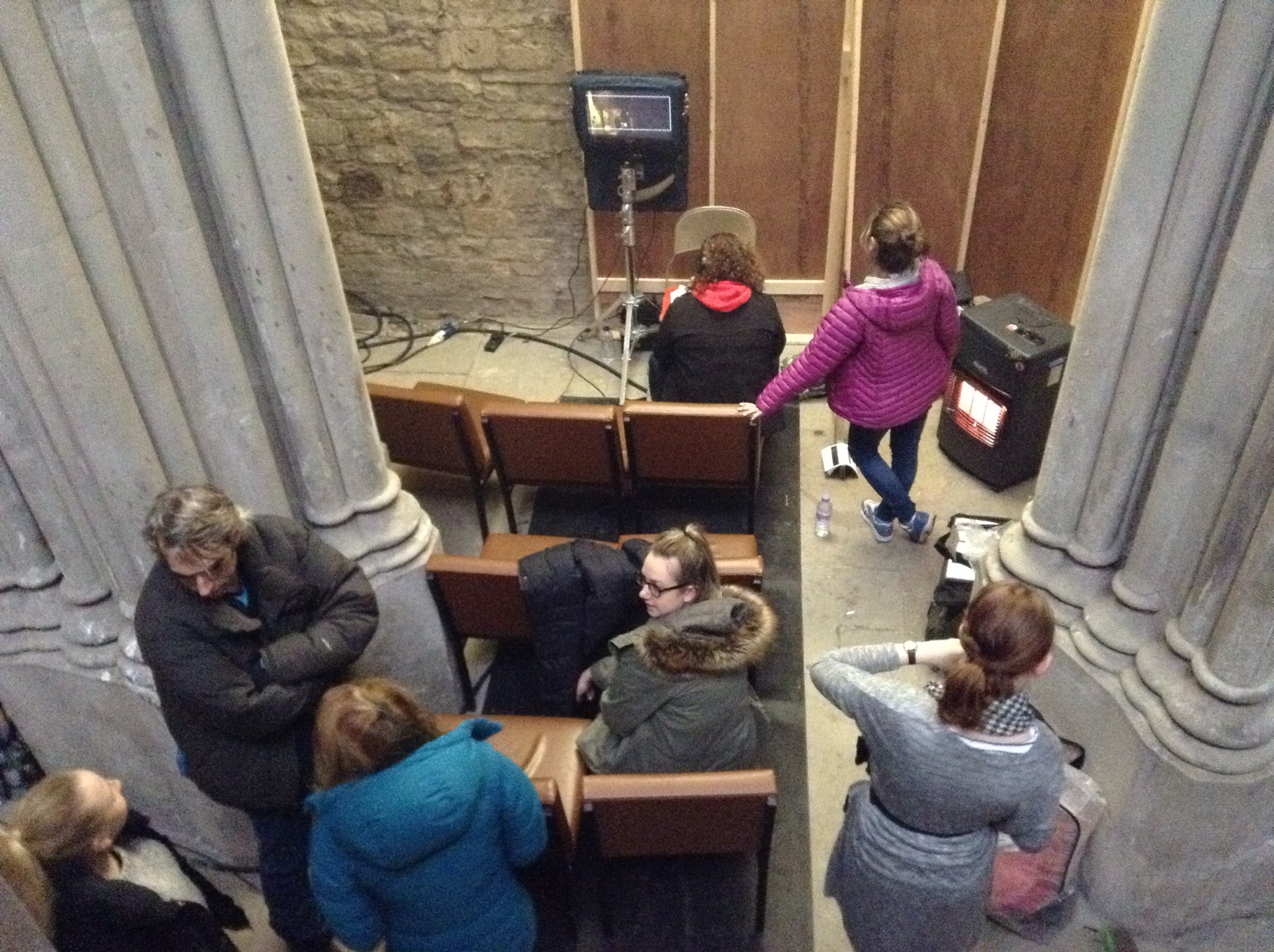