Christmas music is playing in the dining room as we eat breakfast. There is a deer feeding event featuring Father Christmas in the grounds of the castle today.
We shoot mostly in the cell and corridor again. For the first time we venture into a second corridor linked to the first. But this one has windows, so the guys put up a 6K and a 4K firing in from outside. We don’t have the space to back them off enough to match the light levels of the adjacent “candlelit” corridor. So we rig up the iris motor and I do a stop pull from about T2.8 to T5.8 as Rupert steadicams from the darker corrridor to the brighter one.
Sometimes when you set up for a scene you put in lights through the obvious windows and it just looks great straight away. Today there were a lot of scenes like that. Half the battle is getting your backlight in without the lamp being in frame. Then it’s coming in with a key that’s sidey enough to have shape. If you’re doing the kind of spinning steadicam shots Paul loves it can be very difficult not to have somewhere in the move where the lighting looks flat. Today the coverage was a little more conventional and that really helped.
In our last hour we move up to the chapel and bash out a small scene in three set-ups which all look great. The camera and lighting teams move like well-oiled machines so I can deliver the goods in record time.
We wrap five minutes early and I’m off like a shot with a runner/driver to the station. I’m heading home to Cambridge tonight for a brief but needed break from the world of this film. 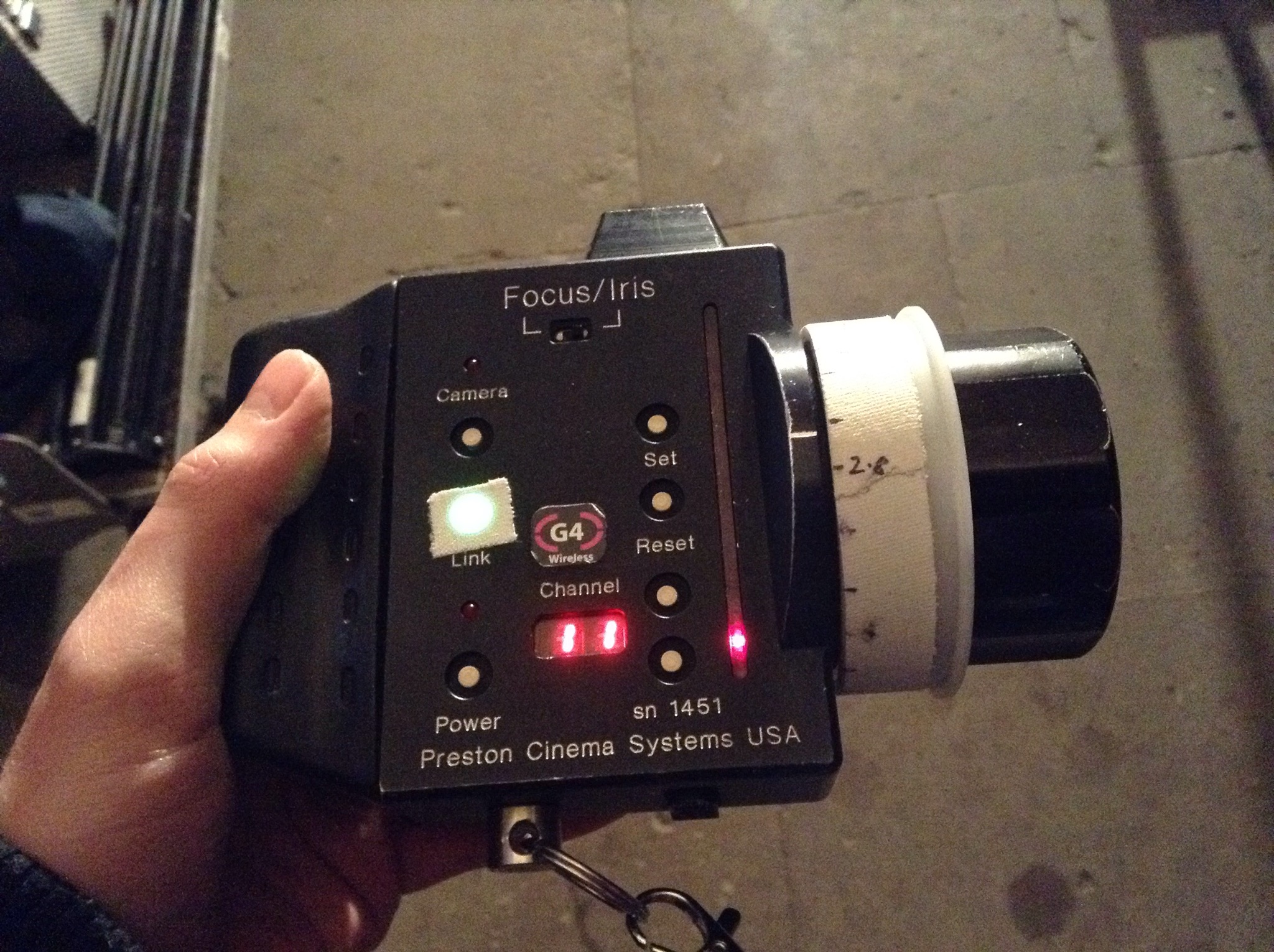