By the time we finish breakfast, the rain has set in for the day. All of today’s scenes are in the priory grounds, in a cemetery and vegetable plot which the art department have constructed. We are all wondering how the grey, wet, windy weather is going to cut with the “sunlit” interiors we’ve been shooting all week. I crank the white balance up to 7,000 Kelvin, which helps a surprising amount.
Everything takes twice as long in the rain. Steadicam shots are particularly difficult, without proper rain covers for the rig, monitor or camera. Everything is taped up with polythene and it’s hard to access the controls. Théo has to follow Rupert around with a windbreak, and the lens has to be constantly checked for raindrops. At one point a lens fogs again.
The weather is deeply, deeply unpleasant. Marcia, one of the producers, has gifted me some waterproof trousers, but my supposedly Goretex boots are letting in plenty of water and I think I might get Trench Foot. The only way things could get worse is if it was dark.
So of course we do a night scene.
Paul and I have previously established the main angles we’ll be shooting this from, and the electrical department break early for lunch so they can rig the distro and lighting while the rest of us eat. We are using our 6K as backlight, and two 4Ks through a diffusion frame as a soft sidelight. Unfortunately the high winds immediately tear down the frame, so we have to diff the heads instead, which makes the sidelight a little harder. A third 4K rakes the back of the priory, while three tungsten 2Ks and a couple of LED panels inside the building put orange glows in the windows. The FX guys, Warwick and Aaron, run two Artem smoke guns for atmos.
Despite the continuing rain, we are all set up and ready to start shooting in good time… when suddenly the 4Ks cut out. Then a huge gust of wind barrels through the location and the 6K starts to sway a little. Ben quite rightly calls a halt on safety grounds.
We repair indoors and discuss rescheduling options. It seems like we’re pretty screwed and we’re going to be heading home tonight without having shot what was looking like a really cool set-up. We only have one more day at Tretower and it’s already packed with scenes.
Then the wind and rain drop and we’re given the OK to resume work. We’re short on time now, but the scene has been well rehearsed and choreographed by the stunt team, and we get some great material. Snatched from the jaws of defeat!
I go back to the cottage and take a long, hot bath. 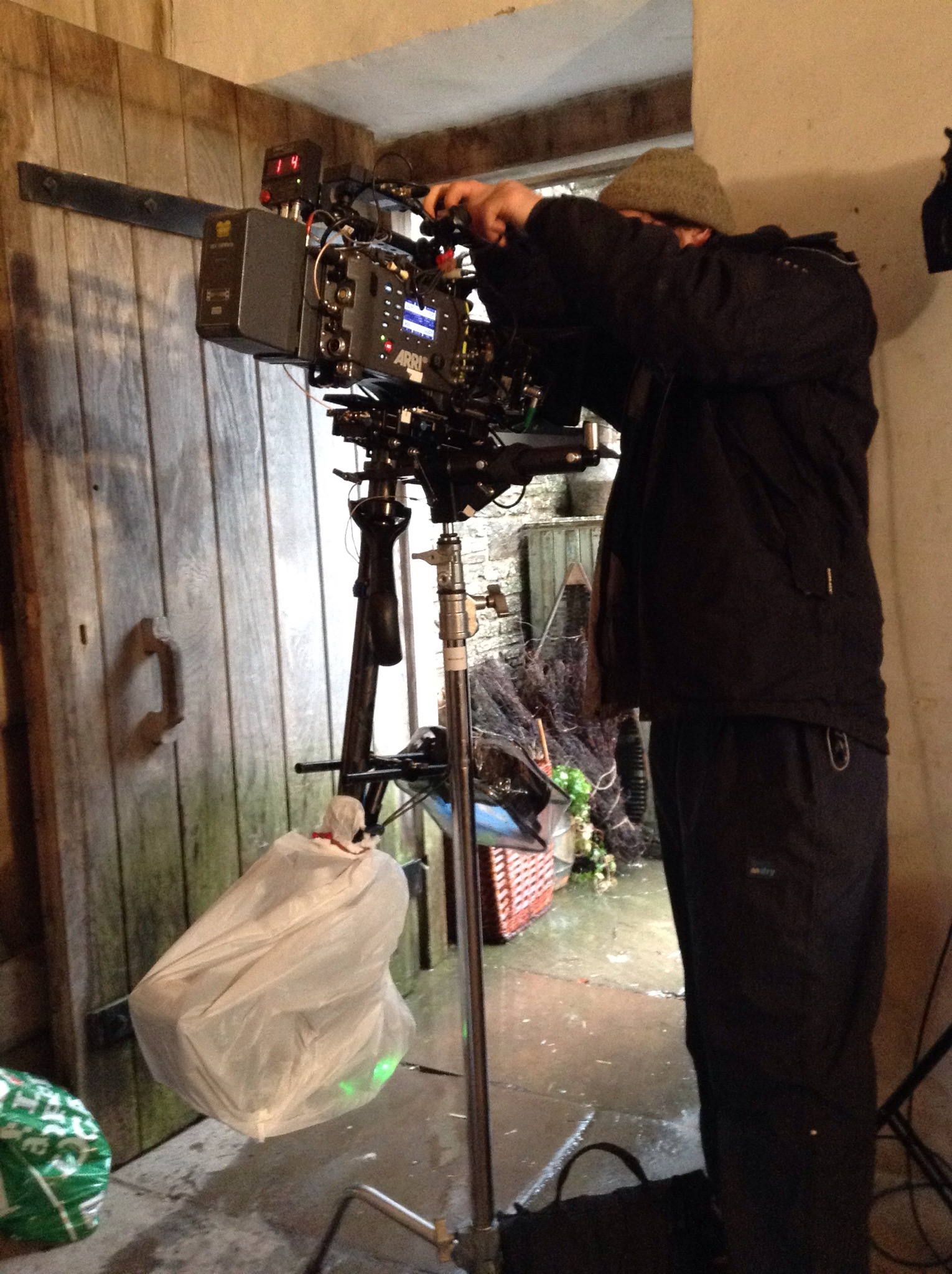