Gobos are shapes that you fit onto a lamp in order to break up the light. If you’re using Source 4s you can get gobos especially for the purpose, which slot into the front of the lamp.

A cucoloris is a piece of wood or metal with vaguely leaf-life shapes cut into it. You would mount this on a C-stand or clamp of some kind. You can easily make your own cucoloris by punching holes in black-wrap or cardboard.

In fact you can create patterns of light and shadow by placing almost anything in front of a light, varying the distance from the source to make the pattern sharper or softer. Be careful to observe the minimum safe distances printed on the side of the lamphead though, or you might set fire to your shadow-maker.

On more than one occasion I’ve taped up some of the PVC pipes which my dolly uses as tracks, to create the impression of vertical bars or pillars. In the below example the French windows (when closed) didn’t have enough bits of frame to break up the light sufficiently, so I had my spark tape a pipe to the window… 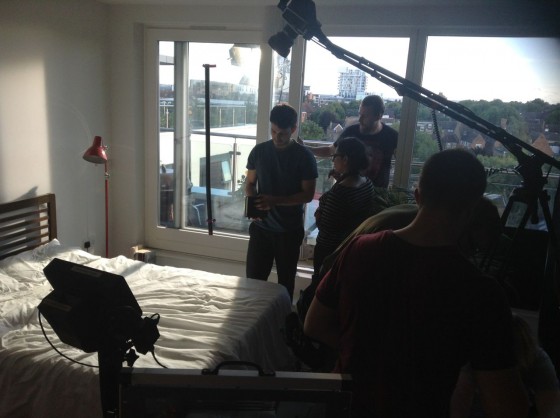 I don’t have a picture, but I remember once on a horror feature sticking lots of blobs of gaffer tape to a window.

Look for things in the set that you can shine lights through, like this partition window…. 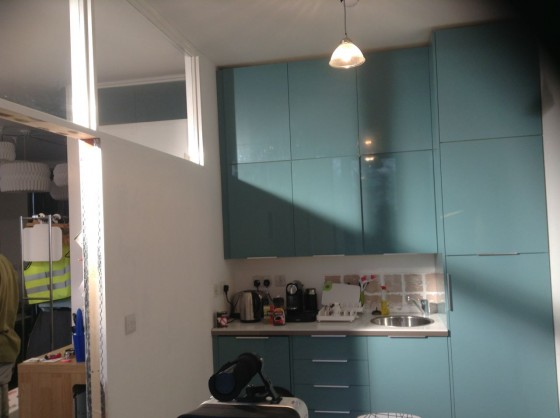 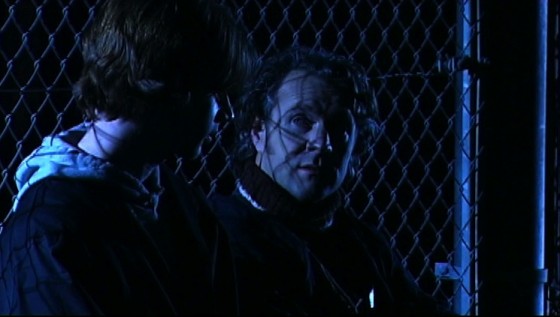 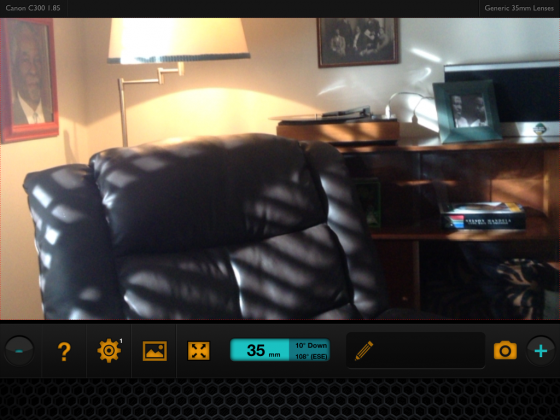 If you want the venetian blinds effect and you don’t have any, stick strips of gaffer tape to the window.

On Ren I built an openable and closable little door (complete with tiny barred window) for light to shine through, since the set didn’t have a door. 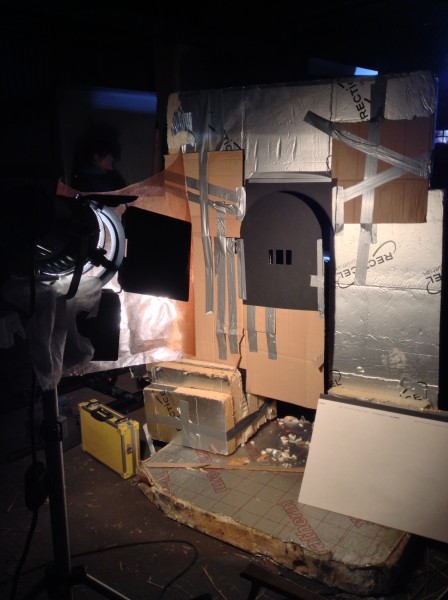 On the same show, the roof of Karn’s house became a giant gobo for the 2.5K HMI placed above and behind the set, creating these incredible God rays when smoke was added. The roof was made of interlocking branches and had been covered by sheets by the art department – presumably to block light – but I removed the sheets because I wanted this lighting effect… 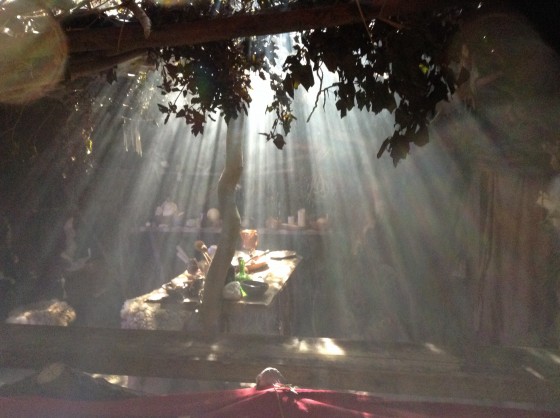 Branches make great gobos. I often sneakily break one off a nearby tree and rig it to a C-stand to cast some summery shadows or break up a moonlight or streetlamp source that’s looking too bright and flat. 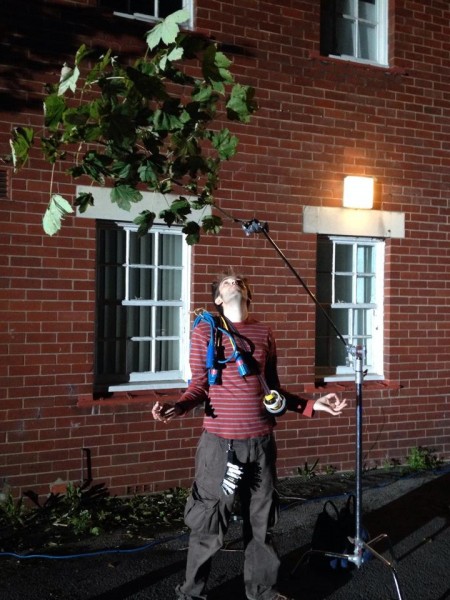 If you’ve missed the other posts in my Lighting Techniques series so far, here are the links: