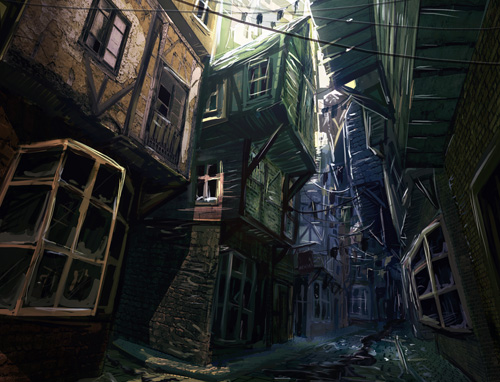 For a while now I’ve been following Raven Waiting, a feature film currently being developed by Dan Rowbottom. Like my own project, The Dark Side of the Earth, it’s a fantasy-adventure set in a visually rich world populated by both human and puppet characters; Dark Crystal is one of Dan’s key influences for the piece.

Unlike me and The Dark Side of the Earth, Dan is not wasting his time pitching the project to a bunch of production companies who are too narrow-minded, risk-averse or unimaginative to see its potential. He is getting off his arse and actually doing it. Right now he’s running a crowdfunding campaign. Which means YOU can help it get made. YOU have the power. YOU can say, “Yes, I want to see films with vision getting made in this country.”