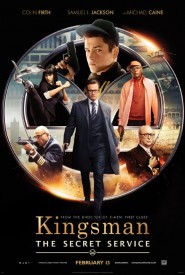 There have been a lot of articles going around lately about the representation of women in the media. A lot of the statistics are pretty shameful. A New York Film Academy study of the top 500 films of 2007-2012 found that less than a third of speaking characters were female, there was almost three times more female nudity than male, and the ten highest paid actors made over two and a half times more money than the ten highest paid actresses.

I’ve always considered myself fairly enlightened on this issue. From my first major film project (The Beacon, 2001) I began a deliberate policy of alternating the genders of my leading characters with each movie I made. But before I get a sore arm from patting myself on the back, let’s delve a little deeper by applying the Bechdel Test to my films. To pass this test, a film must have

The Beacon is a cheesy action film about Sarah Mayhew (Lorna-Jane Hamer), a council clerk who ends up saving Britain from a biochemical terrorist attack planned to be launched from the Malvern Hills. I switched up the traditional gender roles by making Sarah an action heroine who has to save her useless boyfriend from the terrorists. It easily passes the first two steps of the Bechdel Test, but I had to skip through 55 minutes of it before I reached a conversation between two women that wasn’t about a man.

Soul Searcher is a marginally-less cheesy action film about an ordinary Joe (Ray Bullock Jnr) who is chosen to be trained as the new Grim Reaper. While it passes step one, that’s as far as it gets; leading ladies Heather (Katrina Cooke) and Luca (Lara Greenway) never speak to each other. There is a brief exchange between Clubber Girls #1 and #2, but since they don’t have names, and their only purpose is to be put in jeopardy by a man (alright – a demon, but a male demon) and saved by another man, I hardly think this counts. Massive fail.

The Dark Side of the Earth, apart from a five minute sequence shot in 2008, exists only as a screenplay, so it’s the screenplay I’ll judge. The protagonist is a young woman, Isabelle (played in the pilot by Kate Burdette), who sets to out to re-start the earth’s rotation after it shudders to a halt, nearly wiping out humanity. There are brief exchanges between Isabelle and some minor, but named, female characters in which they talk about things other than men, but the one proper conversation she gets with the only other significant female character concerns a man. And at least on some level, the reason she goes on the quest is to impress a man. So technically Dark Side passes, but it’s hardly a glorious victory.

My three Virgin Media Shorts entries have little or no dialogue, but even without applying the test, it’s easy to see how sexist they are. The Picnic is a silent film revolving around a man trying to get revenge on another man for stealing his girlfriend. Woman as prize. Hardly enlightened. (Earlier drafts of the script had the gender roles reversed. I can’t remember why I changed it.) The One That Got Away makes the female character a trophy in exactly the same way. And Ghost-trainspotting doesn’t have any women in it.

Stop/Eject, on the other hand, seems well-placed to pass the test with flying colours, with two of its three main characters being women and plenty of conversations between them. Unfortunately, the whole movie is about the death of a man. It does pass the test though, because the final conversation between grieving widow Kate (Georgina Sherrington) and mysterious shopkeeper Alice (Therese Collins) is not about the man. It shames me to recall, however, that Alice was (a) originally written as a man, and (b) not given a name until Therese requested one.

In general, writing this article has drawn my attention to the imbalance in the number of characters of each gender in my films. Even those movies with female leads are otherwise populated predominantly by men. I think I have a tendency, and I’m sure many of you out there do this too if you’re honest with yourselves, to make characters male by default, and to only make them female if there’s a “reason” to.

I know that some people may say, in defense of their own films or actions, that they did not intend to offend or oppress. I certainly did not aim, when making Soul Searcher, for example, to oppress women. But that is no excuse. Everything we do, say or create will be judged in the context of our society, and if – in combination with things said, done or created by others, innocently or otherwise – it contributes to a culture of oppression, then it is wrong. So for my own mistakes, I apologise unreservedly.

As with all of my blog entries that point out my own failings, I record this publicly to burn these mistakes into my memory and reduce the chance of me making them again. I hope too that it might make others out there consider their own work in the light of the important issue of gender representation.

Representation of Women in my Films