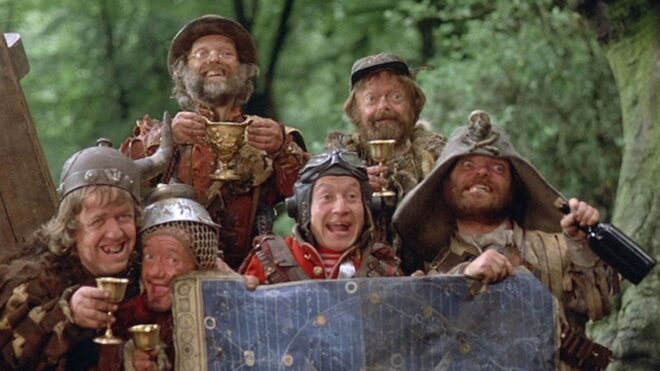 Released 40 years ago, Terry Gilliam’s surreal sci-fi adventure Time Bandits remains a supremely imaginative film, defying conventions of plot and never talking down to its target audience of children. Let’s take a time portal back to 1981 and find out how it was made.

“I was broke. I had to write something fast,” Gilliam once said of the film’s origins. By other accounts he conceived Time Bandits when Brazil’s development stalled due to financier Denis O’Brien “not getting it”. (O’Brien was George Harrison’s partner at Handmade Films, which had originally been set up to fund the Monty Python feature Life of Brian.) 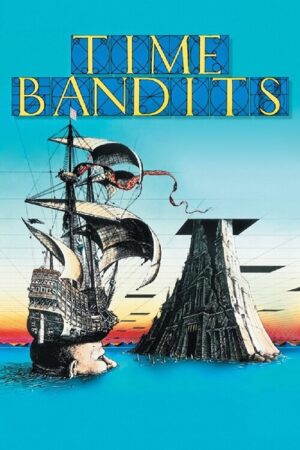 After dreaming up the idea of a knight on horseback bursting out of a child’s wardrobe, Gilliam jotted down a mere two sides of notes under the characteristically whimsical heading, “The film that dares not speak its name: a treatment… not a cure”. After describing the opening sequence, in which ten-year-old Kevin is whisked through a time portal by a rabble of robber dwarves while pursued by God, the treatment brazenly states: “And so starts this terrific attempt to get the movie moneybags to part with a few million bucks.”

The moneybags were not convinced, however. O’Brien took Gilliam’s script, co-written with Michael Palin, around LA and returned empty-handed. It was then that O’Brien and Harrison decided to put up the film’s $5 million budget themselves, with the ex-Beatle even mortgaging his office building to do so.

The script was ambitious, featuring as it did a tour of historical settings from the Napoleonic Wars, through Sherwood Forest and ancient Greece, to the deck of the Titanic, and from there into the “Time of Legends”. This last sequence finds the protagonists aboard a boat which turns out to be a hat worn by a giant. Although this might seem a classic product of a Python’s imagination, Gilliam in fact admits to stealing the idea from a book by fantasy artist Brian Froud, who would go on to be a conceptual designer on Time Bandits’ nearest thematic neighbour, the Terry Jones-scripted Labyrinth (1986). 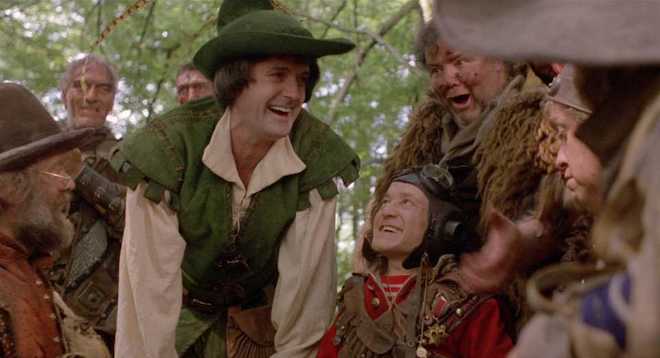 Palin wrote the part of Robin Hood for himself, but O’Brien insisted on casting John Cleese to improve the film’s box office prospects. Palin instead took the role of Vincent, hapless lover of Shelley Duvall’s Pansy. It was Duvall who was hapless, however, when Gilliam climbed some scaffolding to demonstrate to his cast how to fall correctly and ended up landing on her.

Amongst the actors playing the eponymous Time Bandits were Kenny Baker, best known as R2-D2 in the first six Star Wars films, Jack Purvis, who played a number of Jawas and Ewoks in the same franchise, and David Rappaport, whose extensive credits include episodes of The Young Ones, The Goodies and Not the Nine O’Clock News. A seventh bandit, Horseflesh, was cut over fears that Disney might perceive a Snow White rip-off and sue.

“I always thought of it like the mini Pythons,” said Gilliam of the bandit gang. “There was the leader, then there was the second one who really thought he could do it better…” 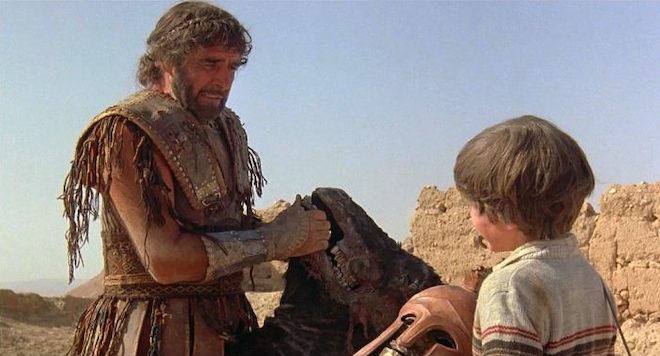 Nonetheless, creativity was in much greater supply than money, and Gilliam employed clever editing, reverse shots and miniatures to capture his vision within the budget. “I don’t think that there was anyone in American who believed that film cost less than 15 if not 20 million dollars,” O’Brien opined in a 1989 documentary.

O’Brien was not always supportive, however. He wanted to cut certain controversial moments like Vermin (Tiny Ross) eating rats, but Gilliam fought him. “There was a point where I threatened to burn the negative,” the director admitted in the same documentary.

O’Brien particularly hated the famously downbeat ending. Kevin wakes up in his own bed during a house fire, and is rescued by none other than Sean Connery. Connery himself suggested this second role after he proved unavailable to film Agamemnon’s scripted reappearance (and death) in the showdown at the Fortress of Ultimate Darkness. 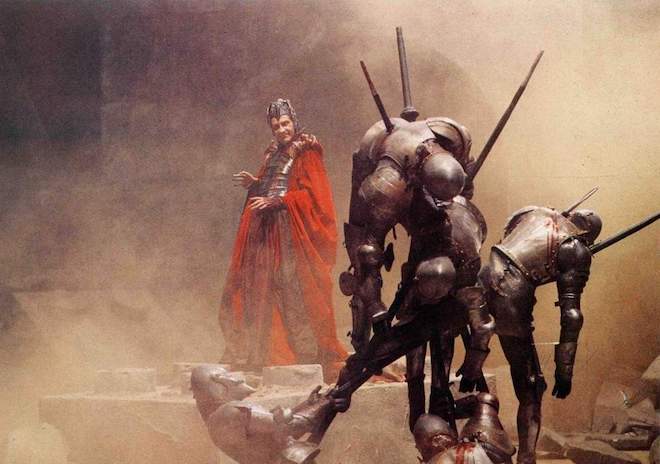 The controversial moment comes after Connery’s firefighter departs; Kevin’s parents touch a piece of concentrated evil and immediately explode. O’Brien was forced to withdraw his objections to this shocking twist, however, when a test-screening audience chose the ending as their favourite part of the movie. While many fans of Time Bandits might agree, Gilliam believed that the test audience were simply trying to say that they were glad the movie was over!