A new set today: the chapel. It has just one small window and will be dressed with lots of candles, so we need to rig 11 small tungsten units, all on dimmers, to baby plates screwed into the ceiling. Ben, Max and I arrive early to start the rigging, but it takes a long time and eats into the day. The 300 and 650W fresnels all need black-wrapping and diffing to get a soft and subtle look, and most of them are dimmed down to around 30% to make the colour of the light warmer.
Once it’s done, we have something resembling a studio lighting grid. (In fact, when Paul first sees it with all the lamps on full brightness he’s concerned the scene won’t be moody enough!) With a man or two in the loft space above the set operating the dimmers, we can pull off some pretty cool shots. These include 3 shots which take in the full 360 degrees of the room. As the steadicam moves around the room, the boys dim the lamps in turn as the camera passes in front of them, and bring them back up when the camera has passed. This does two things: 1. Eliminates camera shadows, 2. Keeps the lighting from looking flat, by creating a world in which there is always backlight and sidelight but never frontlight.
One shot finds me and the camera, on a hi hat, panning around in the centre of a circle of actors. I cover the sandbags holding the hi hat down with tinfoil to reflect some of the backlight back onto the cast. To add more bounce still, we clip a piece of card to the bottom of the matte box and cover it in foil and tough-spun.
Then we move into tighter shots. The dimmers upstairs are marked up with clock-face numbers, so when I want the light changed I just get on my walkie and ask for, say, 3 o’clock to be turned off and 9 o’clock to be cranked up a bit. 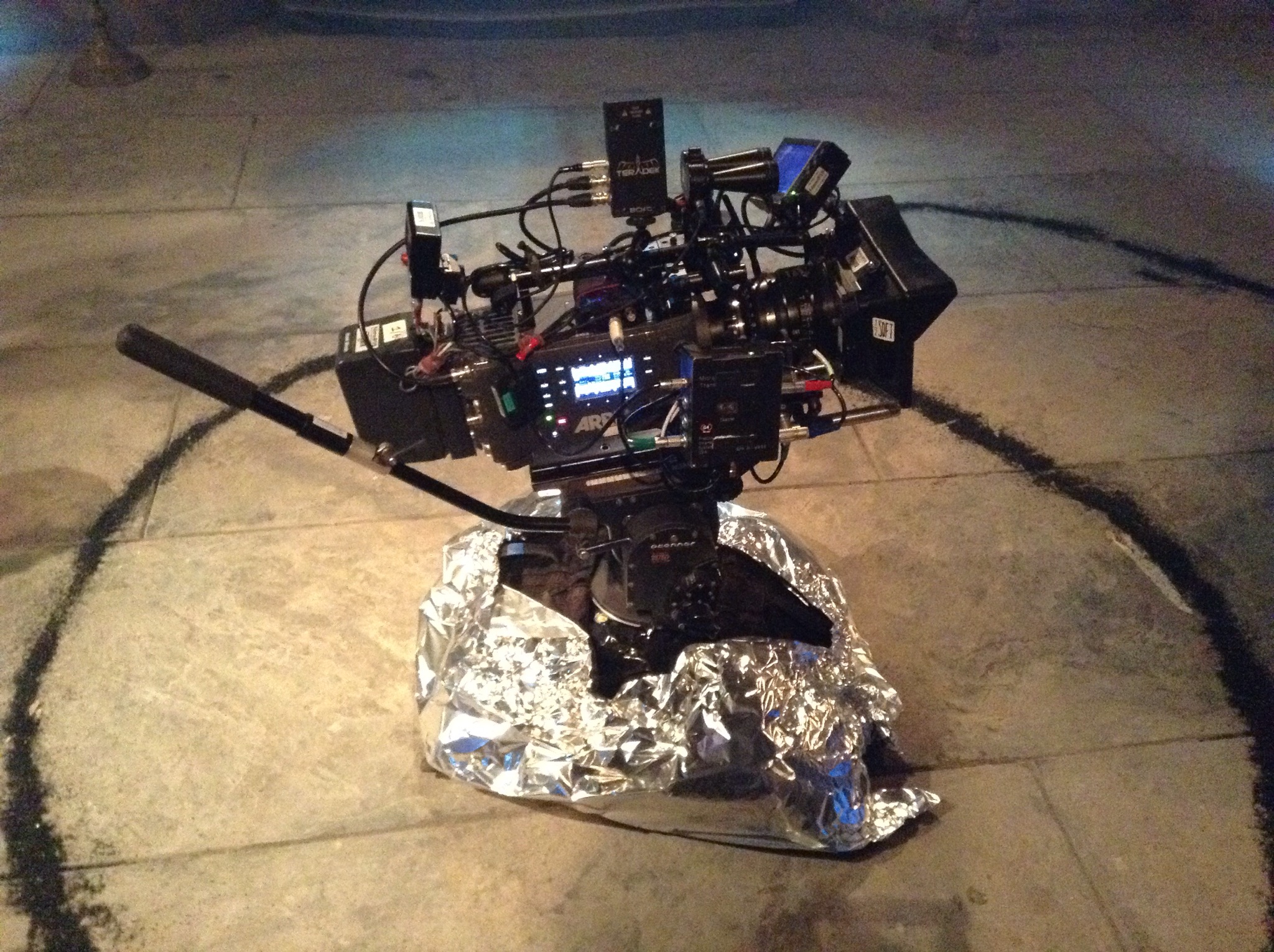