Today we are filming in the ruins of an abbey in Margam Park. The weather is incredibly changeable, with bright sunshine and heavy showers alternating.
We block and shoot the action so that the camera and actors are under a covered part of the ruins, with a roofless part in the background. This is not just a practical consideration to keep us out of the rain, or to reduce the continuity issues with the changing cloud cover, though it certainly helps with both of those things. On an aesthetic level, it means that the natural light will mostly come from the background, illuminating the actors’ down-sides, while leaving their up-sides (the sides of their faces closest to camera) darker. This gives the most shape to the faces; it’s a key principle of cinematography and it applies just as much to day exteriors as it does to an artificially lit scene. I enhance the effect by having the boys bring in some 4×4 floppy flags to really cut down the light on the camera side. A silver bounce board is used to kick a little edge-light back onto Ania’s scar make-up in her close-up.
After a late lunch we shoot pick-ups for a night exterior scene, the one from the night at Tretower when we had horrendous weather. We set up on a little patch of grass right next to the castle doors, and the art department recreates a small part of the set.
When we wrap we go for crew drinks, our first proper social event of the shoot. I talk to one of the make-up artists and am shocked to hear how much longer their days are than ours. It is very easy not to realise how hard other departments are working. Often what you see, if you’re observing from another department, is only the tip of the iceberg. 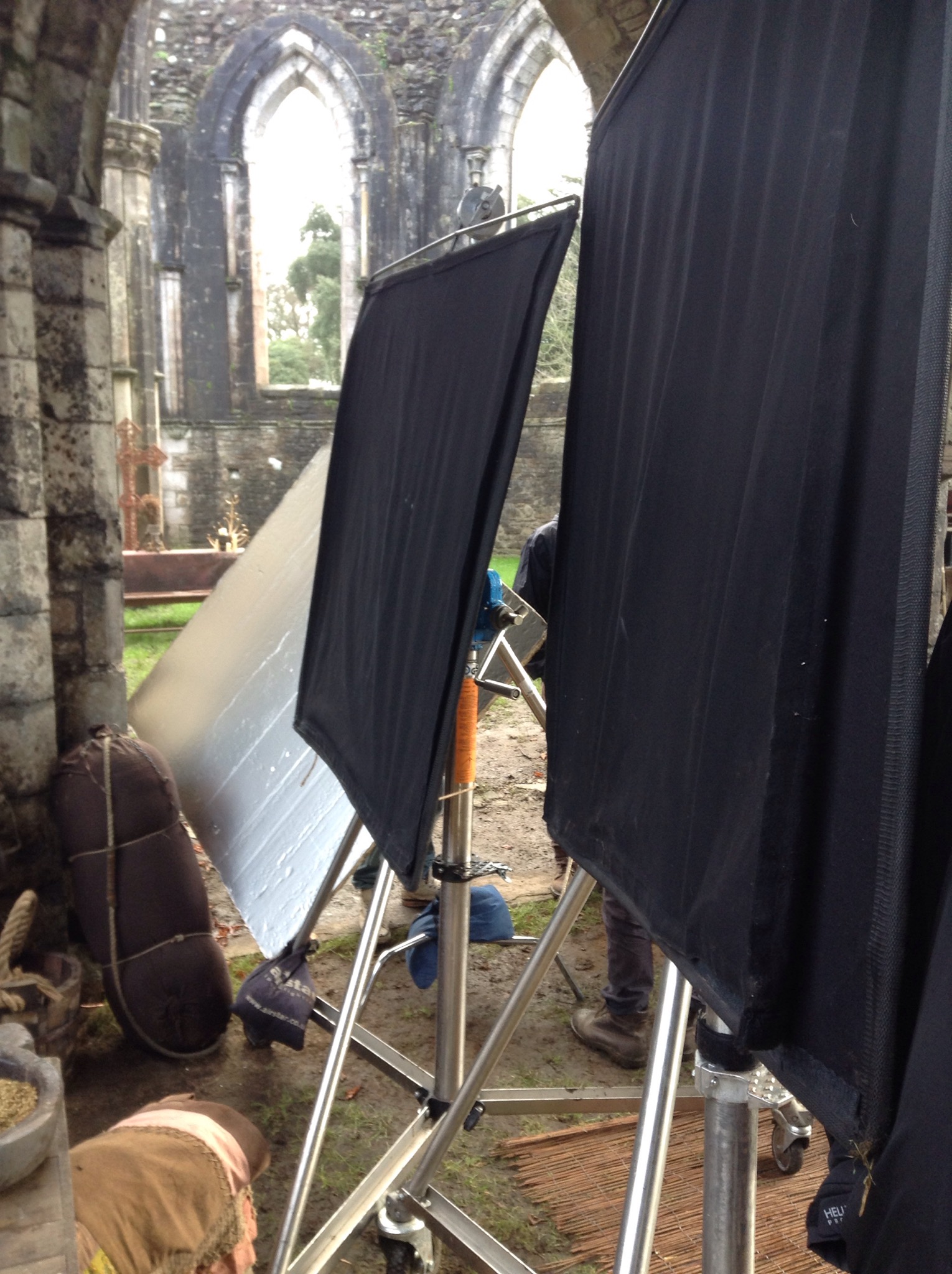