It is a different order of cold today. The surrounding mountains are dusted with snow.
I’m right on the edge of not having enough light. Shooting at the Alexa’s native 800 ISO, I have the Cooke S4s at T2.8 – occasionally 2 and 2/3. They’re T2 lenses but any lens’ optical performance nose-dives if you shoot wide open. Most of the light has to be hard, because bouncing it loses too much power. And even with hard light, the false colour display in the EVF shows me I’m about a stop under. Just like Pfister was on The Prestige, and just like I normally shoot, but the problem is there’s nowhere to go. For the day’s second scene Paul requests some 60fps slo-mo. Fortunately the shots involve big doors opening and flooding the scene with natural light, otherwise I would be totally screwed on exposure. In a later scene I’m forced to use matte silver bounce when polyboard would have given a more pleasing, softer look, but without 12Ks and 18Ks to fire into the poly there just isn’t enough juice to start with. 12s and 18s were on the original lighting list, but it had to be whittled down. Apart from anything else, we wouldn’t have had enough guys to wrangle them.
Despite these misgivings, things are going well. We are all shooting for the moon, and at least we’re landing on the roof, which is still pretty damn good. My crew are doing amazing work and Paul tells me every day that the shots look beautiful.
In the afternoon our move into the kitchen is delayed by a rare bat sleeping in the chimney. We do pick-ups elsewhere and hit the kitchen as the light falls. This is our first scene to feature naked flames: candles and an open fireplace. We put matte silver bounce at the back of the fireplace to throw more of the firelight back out into the room. Foil would have been better, but we don’t have any. Before we shoot, the bat flies through. Monday’s call sheet is handed around, and at the bottom is the fact of the day: one of the bats nesting at our location last week was the inspiration for the Dark Knight trilogy. Apparently. 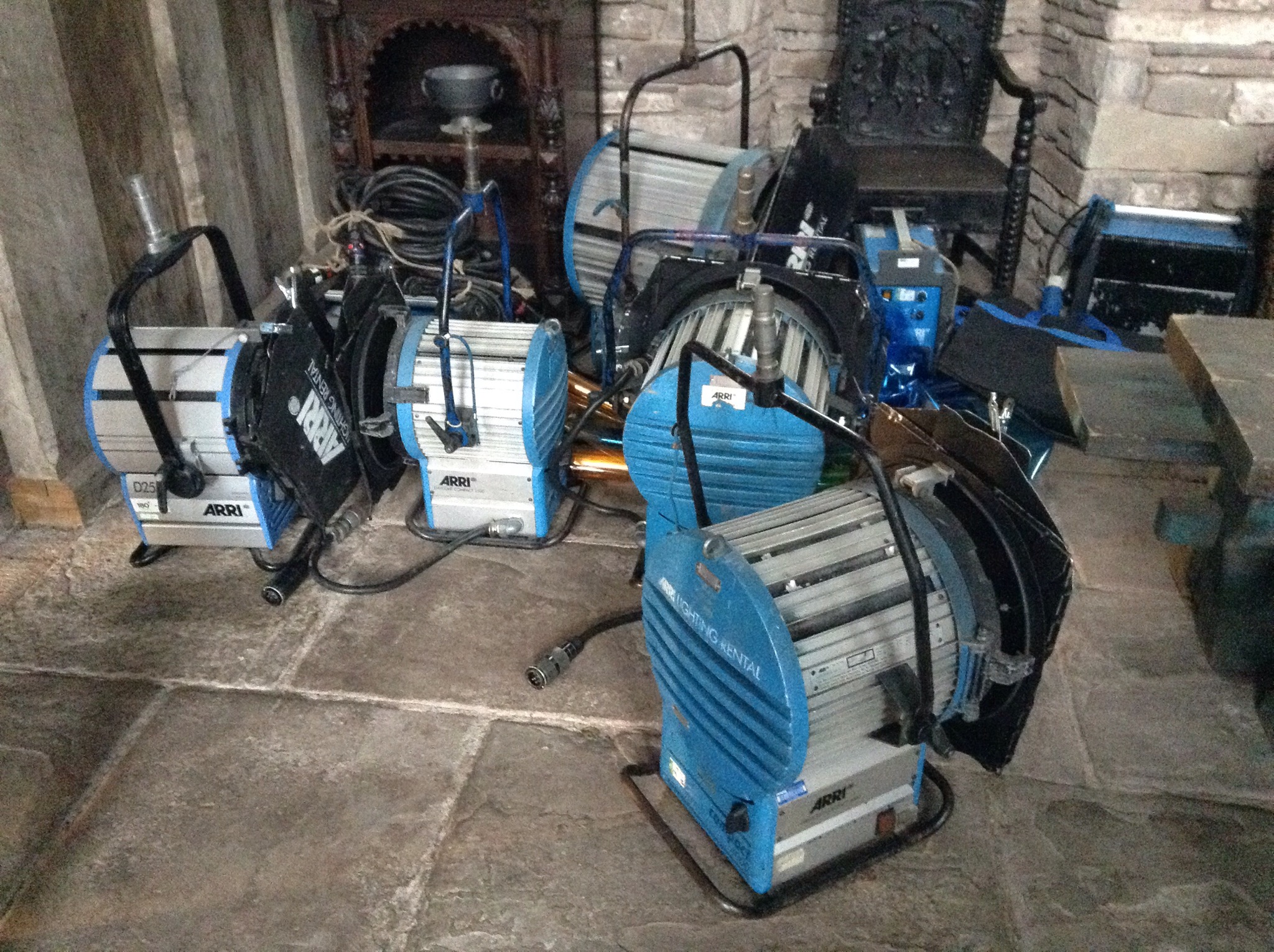