We start in the infirmary again. More opportunities to shoot through the muslin drapes over the beds.
Then it’s a daylight scene in the great hall, and I get to use what I call a Window Wrap for the first time on this shoot. It’s a kino indoors that compliments a hard HMI firing in through the window by appearing to wrap the window light softly around the down-side of the actors’ faces. Ben favours a second HMI bounced off poly, but I insist on a kino and I love how it looks. Neither one of us is right or wrong; it’s just a personal taste thing. We use negative fill to block the natural light coming in from the other side of the hall and take down the actors’ up-sides.
After dark we set up for the heroine’s first entry to the priory. Paul wants to do it all in one ambitious steadicam shot, and I suggest seeing out of the open doors to the courtyard, making it even more ambitious! He and Rupert work on the camera path, trying to find something that makes sense and feels natural. We record some rehearsals and analyse the playback to see where we might have issues with equipment in shot, camera shadows, unwanted lens flares, etc, etc. Just as my brain is threatening to fail with the complexity of it all, Ben has some great suggestions on how to tweak the HMIs, proving once again that you are only as good as the team around you.
We have four 4K HMIs burning, plus a 6K HMI, a 2K tungsten fresnel, two 1×1 LED panels and two 4×4 kinoflos – certainly the biggest lighting set-up I’ve ever done, in terms of wattage. Ben cunningly positions a matte silver bounce board (Celotex) to “borrow” some wasted light from the 6K and throw it back onto the exterior courtyard walls seen when the doors are opened. Smoke and the ropey old glass in the location’s windows help to soften everything out and fill things in. When the art department have lit the many candles, the shot looks like a million dollars.
When we wrap I stand outside and look at the clouds scudding across the moon, above the battlements. All is right with the world. 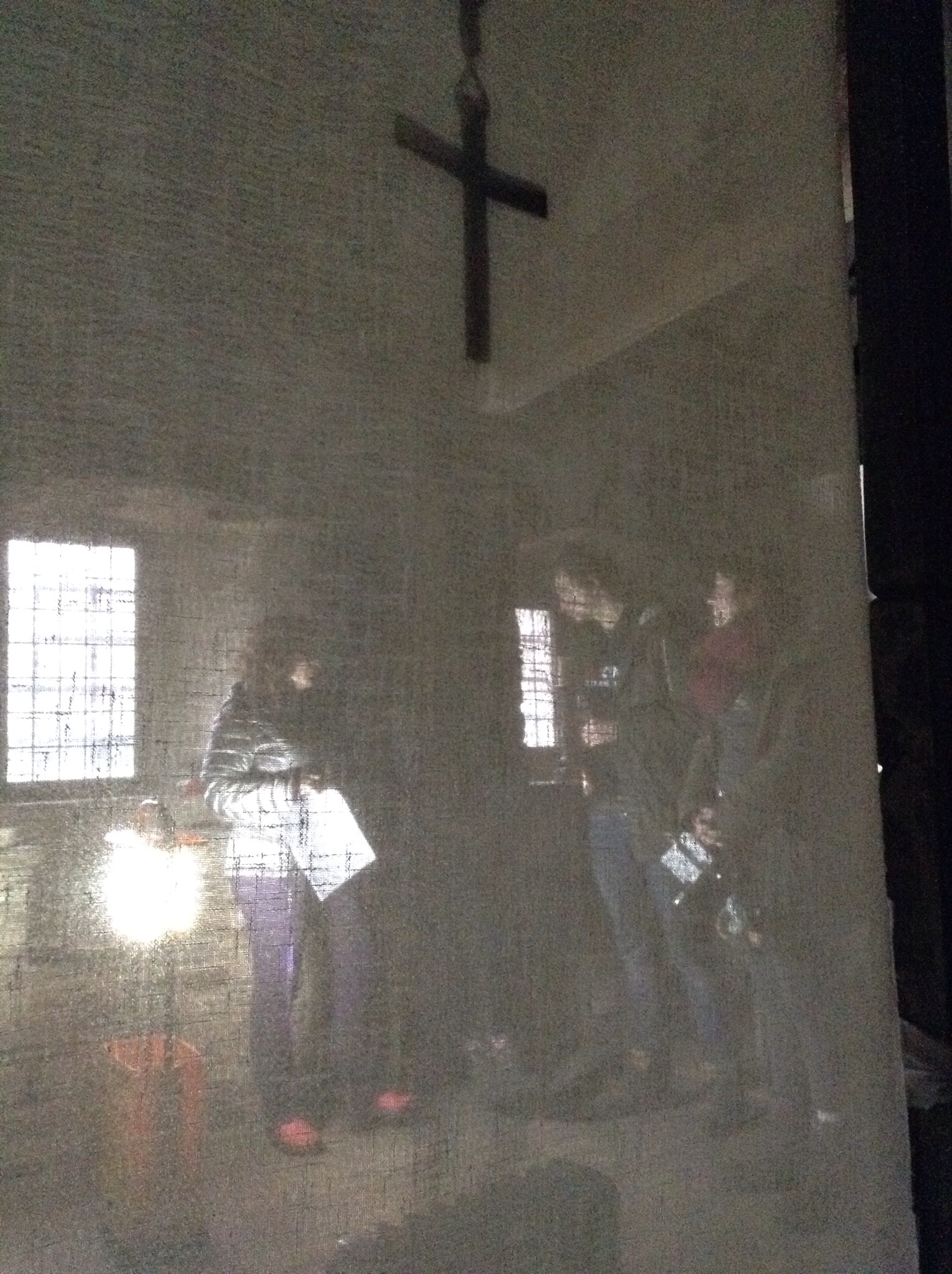