Today Ben will take a trip to reccie Margam Castle, our location for the second half of the shoot. Over breakfast I run him through the floor-plan of the rooms we’ll be using and the kind of units we’ll need in each.
I have a temporary gaffer in Ben’s absence, Mark. He copes admirably with being thrown in at the deep end. For almost the first time on the shoot so far, the sun tries to get in on the action. Mark and co put up a floppy to kill it, edging it round as the sun moves across the sky. A kitchen scene requires two of the cast to come in through the door. I have Rupert and Max rig the iris motor to the lens, and they give me a remote for it. (This is part of the Preston multi-channel system we’re using, which gives us wireless control of the focus, iris, zoom when applicable, and stop/start.) I pull a couple of stops as Rupert pans the steadicam from the ladies entering to the girls already inside.
We shoot in the laundry room for the third time. I’ve tried to light it differently each time, even though I know the first thing the colourist will do when they see a new laundry scene is split-screen it with the previous laundry scene and try to make it match. Hopefully I’ll be there to stop them! Anyway, this time I really want to separate the foreground laundry from the kitchen in the background. I have the guys rig a kino to backlight the girls in the laundry room, then I make sure we straw-gel the 4K HMI lighting the foreground, while letting the 6K and the other two 4Ks lighting the background go a little cool.
We move to the foyer and get a cool slo-mo shot tracking out of the room with the crucifix window, leading Hannah. The burnt-in window creates a crucifix-shaped lens flare which I love. Today I seem to be getting more chance to soften off the lighting in the close-ups and get the cast looking great. A good recipe seems to be bouncing one of the HMIs coming in through the windows off a poly or Celotex for a Rembrandt 3/4 key, then poly on the other side for fill.
Back in the great hall, we’re not allowed to light a fire in the hearth, so Ben fires a couple of 650s into there. They bounce off the stonework inside the fireplace and come out as a lovely soft, orange backlight for the girls sitting in front of it. Mikey crams into the fireplace too and twiddles in-line dimmers to give the light some dynamics. The lighting and camera teams do a particularly great job on this scene, one of my favourites so far, even though it’s the end of the day and they’re all exhausted. 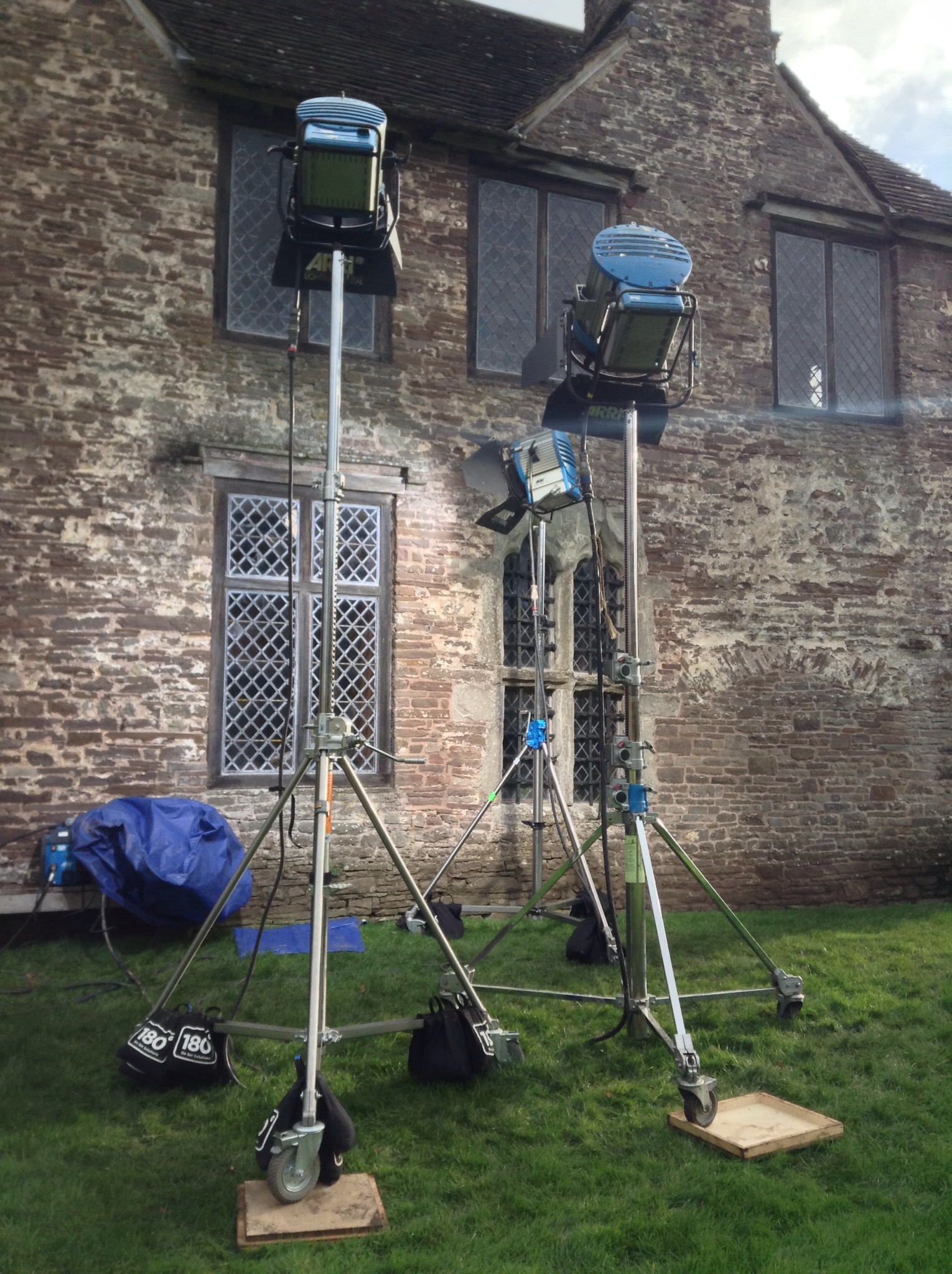