We start in the laundry room. Unlike most other scenes so far, it’s only being shot in one direction. This makes it much easier to get the light just how I want it, without worrying about whether lamps will come into shot when the camera moves around. The more the camera moves, the more the lighting is compromised. Paul generally wants lots of camera movement, or to be able to turn around to reverses really quickly. It’s great for the energy of the shoot and the film, but it does mean I have to learn to “let things go”, to accept that the light will look better from some directions than others, that it won’t always be as flattering to the cast with as it could be.
Next up is a kitchen scene. The fireplace is largely out of shot, so I decide to beef it up with a 2K tungsten bounce and use it as a source. I pick Chrome Orange gel to put on the 2K. I like it for the first couple of set-ups then start to regret it. Bit too much green, not enough red. The lesson: test any unusual gels on various angles before you shoot. Of course the colour can be tweaked in the grade, so it’s not the end of the world.
We have some emotional BCUs to shoot. I know that the actors will be tearing up. I make sure the “firelight” is coming from a low angle, so that the reflection of it is in the bottom part of their eyes. I know from past experience that this will enhance the tears on camera.
We move back into the great hall to pick up where we left off last night. A prosthetic make-up is featured, and I need to light specifically for it; the hard light coming through the windows is too unforgiving. Remembering what worked in the camera tests, I have Ben bring in a small HMI and bounce it up into Celotex to come back down as a soft 3/4 toplight.
We wrap and I return to the holiday cottage. Last night I went shopping and bought some hot chocolate powder and a bottle of Bailey’s. These I now employ. 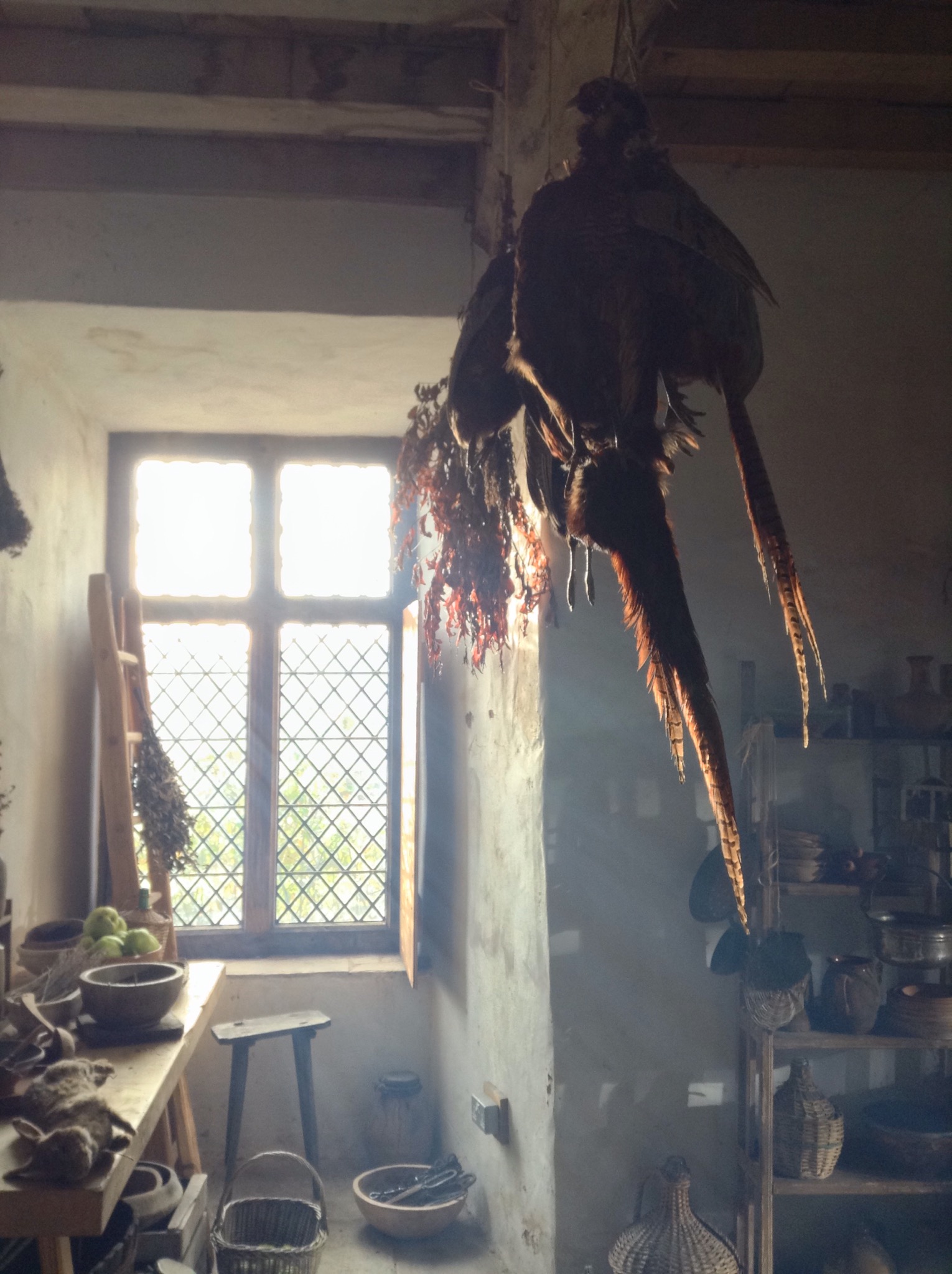