It’s the day before the shoot, and for me it’s very much the calm before the storm. My ACs Rupert and Max are busy in Cardiff prepping the camera gear, but I get a lie-in – my last for a while, I fear – before Paul and I are driven up to the remote location in the Brecon Beacons where we’ll be based for the first week and a half. When I arrive it’s wet and hellishly windy, but thanks to my thermals I’m toasty enough.
I spend a few quiet hours walking around the rooms we’ll be using, figuring out where we can put sources, and generally coming up with problems which poor Ben will have to solve! The art department are hard at work around me, and what they’re doing already looks great. There are crucifixes everywhere, and this gives me an idea… which I’ll talk about in a later post, if I end up going with it.
I read the American Cinematographer article on The Prestige. Christopher Nolan wanted a similar free-form, flowing camera style to that which Paul wants. Wally Pfister explained how he used minimal lighting, relied heavily on praticals, and pushed the film stock a stop to make this camera style workable. I shall steal his ideas. 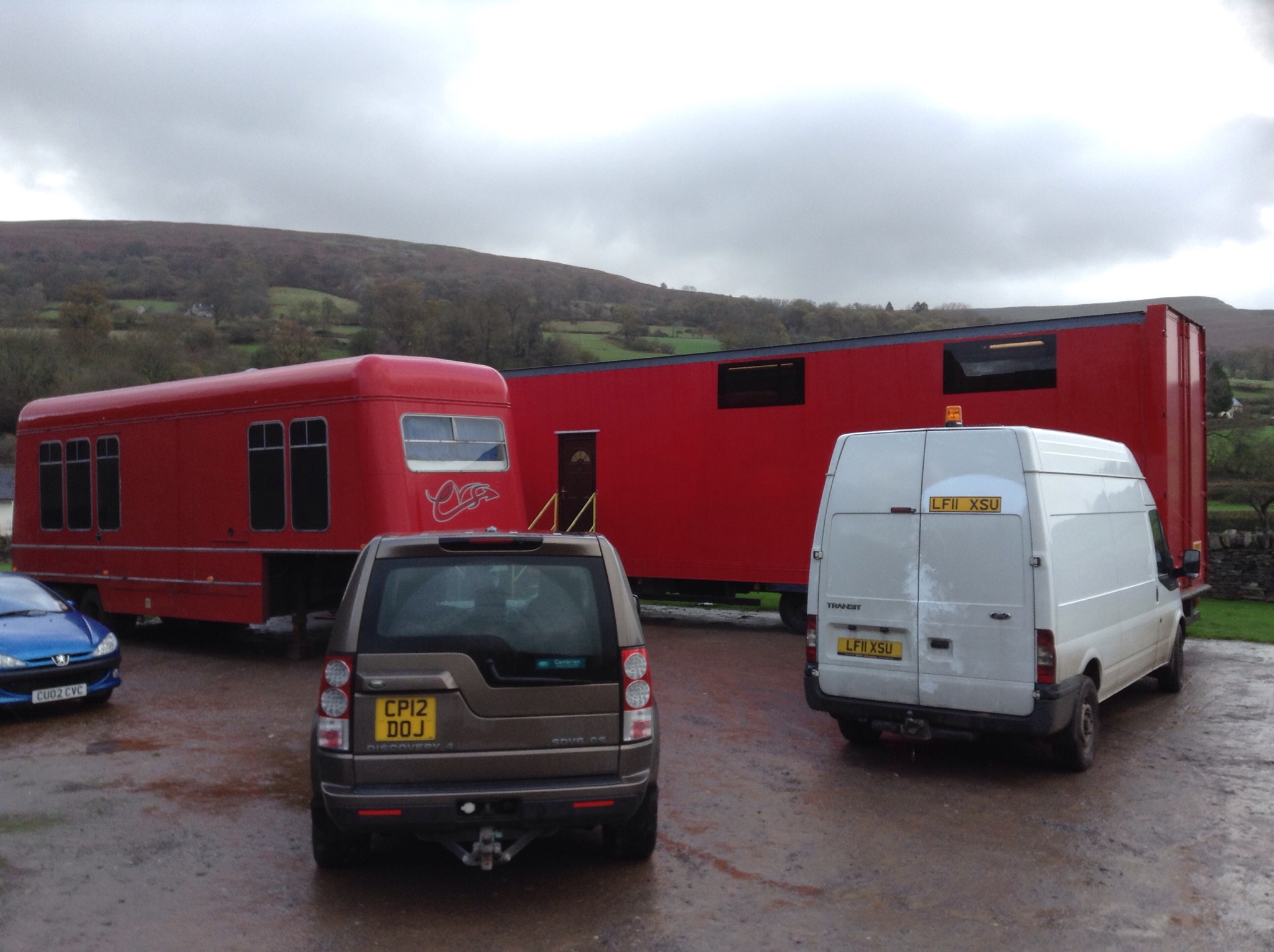 I pop into the massive costume trailer to meet the wardrobe supervisor, get my first glimpse at the clothes, ask what kind of headgear people will be wearing (which might shade their faces). Ben arrives just in time to see the location in the last of the daylight. He tests the genny and has a quick look over the lighting gear. I try to sort out a last-minute addition of a zoom lens to our camera kit.
Then I go to the cottage down the road where I’ll be staying for the next week and a half, along with the DIT, the line producer and the production manager. Other cast and crew are staying at neighbouring and less neighbouring cottages. It’s very nice, though there’s no phone signal or wifi. Which means you might be reading this quite a while after I wrote it, unless the pub we’re about to go to has wifi. Mmmm, pub.