I eat breakfast at the hotel with the co-writer. We talk about dodgy Alan Moore adaptations and the perfection of Die Hard. When we get to the production office I’m still trying to figure out the lighting list, which is tricky because my gaffer is in transit from Poland! The office is in a castle, which is very cool but you have to go outside to make phone calls; the thick stone walls cut out all reception.
Paul is sitting doing storyboards, and he talks me through what he’s drawn for the first few days. They’re crude, but they give me an idea of how flexible I’ll have to be on lighting to accommodate the roving Steadicam moves he wants. I show him my blog post on 2.39:1 composition to see how he feels about things like short-siding, formal composition, squeezing people into the edges of frame. He’s up for all of it, which is great.
Julian, the production designer, takes me around the rooms we’ll be shooting in at the castle. We talk about where we can help each other out.
After lunch it’s time to set up for the make-up tests. An Alexa, the Cooke S4 primes, a monitor and some basic lighting gear has been delivered for this. I pick a room in the castle from which I can easily eliminate the natural light and while Rudy, my AC for the afternoon, sets up the camera, I establish a 3-point lighting set-up. We have three actors and four make-ups in total to test. I also want to test Soft FX filters and see if any of them will work for the show. We try different strengths (1/2, 1 and 2) on the first actor and quickly we all agree on 1/2. It gives the image a filmic softness without looking cheesy.
Leaving the 1/2 Soft FX in for the rest of the tests, I experiment with different lighting to see how the prosthetics and straight make-up react. I try four different keys: a 650W tungsten fresnel bounced from the side, the 650 bounced from above, the 650 direct and a kinoflo direct. I had issues on Ren with kinoflos causing shine, but here we seem to be fine. I test with and without fill, with hard and diffused backlights, and with bounce from below. We also look at cooler and warmer white balances to see how moonlight and candlelight will affect the make-up. What’s great about these tests is that I can play with the looks and get immediate feedback from Paul as he stands at the monitor. He really responds to the moodier looks, which makes me very happy. 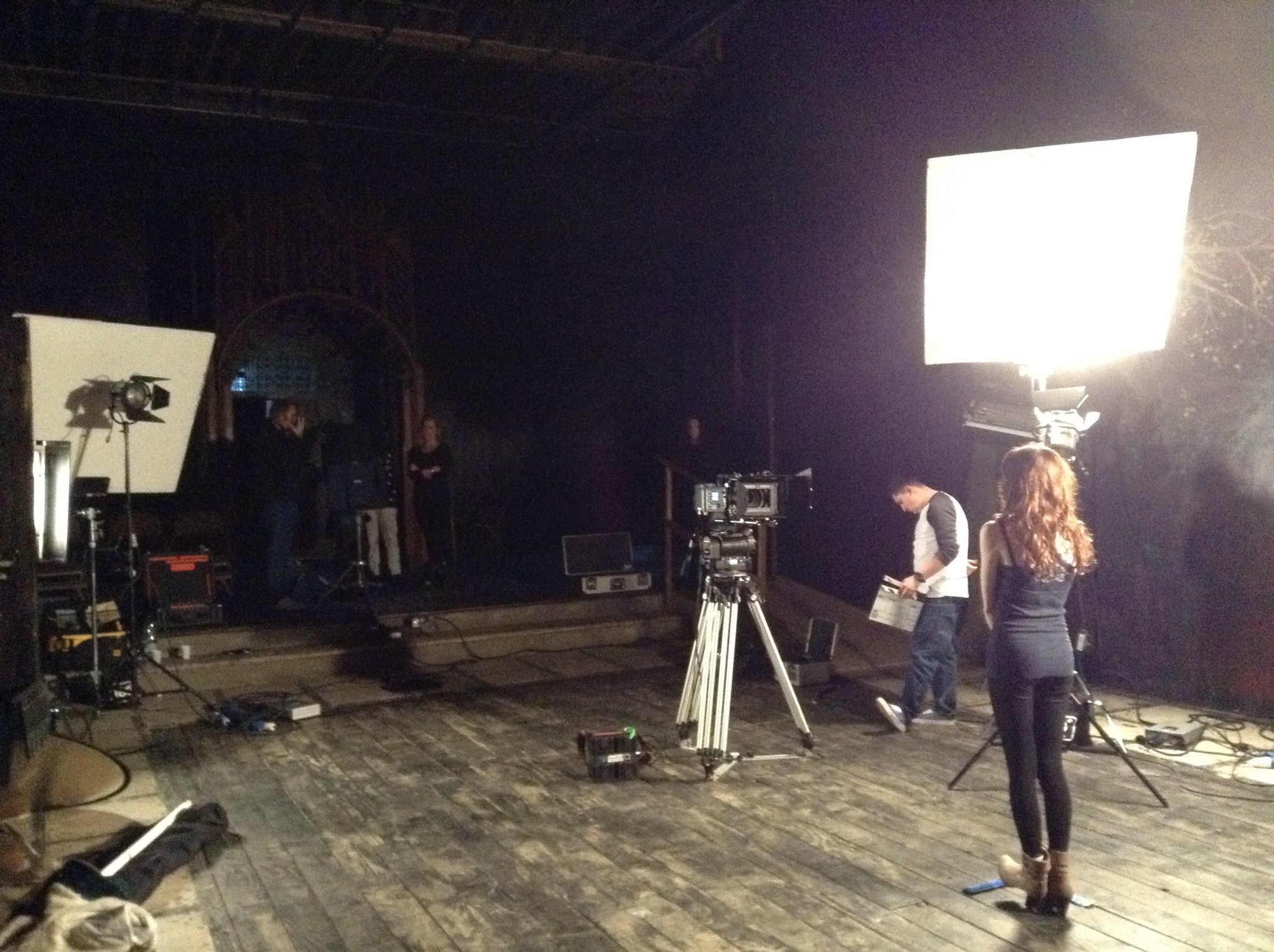