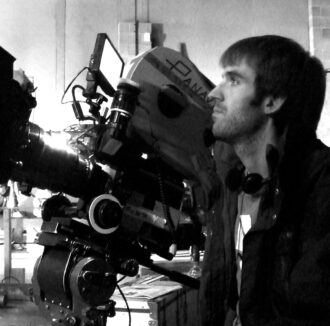 We’ve all been there. Schedules are tight. Sooner or later the 1st AD, a producer or even the director is going to want to save time by “shooting the rehearsal”. I strongly disagree with this and here’s why.

No matter how great an actor is, they have only a finite amount of performance energy. They can only do so many takes before the results start to go downhill. In my experience, most actors deliver their best performance on take one or two.

So those first takes need to be useable. They need to be in focus. The timing of the camera movement needs to be right. The boom needs to be out of frame. The prop in the drawer that the talent has to take out halfway through the scene needs to be in position, not still in the standby props person’s hand because they didn’t realise we were going that far. The view out of the door that the talent opens at the very end needs to have been dressed and lit. What, you didn’t know they were opening the door because they skipped that in the block-through and you didn’t get a rehearsal? Bummer.

The purpose of a camera rehearsal is to find all these problems without burning the actors’ performance energy. If you roll the camera on the “rehearsal” – and I use quote marks because it isn’t a rehearsal any more – the cast have to deliver a full performance. Maybe a great, spontaneous performance that can’t be repeated. The last thing you want is for a boom shadow to be hovering over their forehead for half the scene.

Things like boom positions and focus pulling especially can only be properly rehearsed with the camera up and the cast moving through their actual positions. And you can talk about a scene all you want, but a moving picture is worth a million words. There’s no substitute for everyone watching the monitor during that rehearsal and seeing exactly what’s required.

Is a camera rehearsal always necessary on every set-up? No, especially if the scene has already been shot from several other angles, or if everyone’s confident that they know how it’s going to unfold, or if the scene demands little emotional commitment from the cast. But it should be the default practice.

Will a camera rehearsal always throw up problems? Of course not. And if it goes perfectly, people will curse that you didn’t roll, and start asking why we bother with camera rehearsals anyway. That’s life.

Why You Shouldn’t Shoot the Rehearsal