2016 has not been the best of years, at least not according to the sinister algorithms that run my Facebook feed. The year has been kinder to me than it has been to seventies and eighties celebrities, however.

Ren: The Girl with the Mark, the short-form fantasy action series I photographed in 2014 and spent parts of 2015 postproduction supervising on, met with great success in 2016. The series was released on YouTube in March, and episode one has to date had over 100,000 views, with overwhelmingly positive feedback. 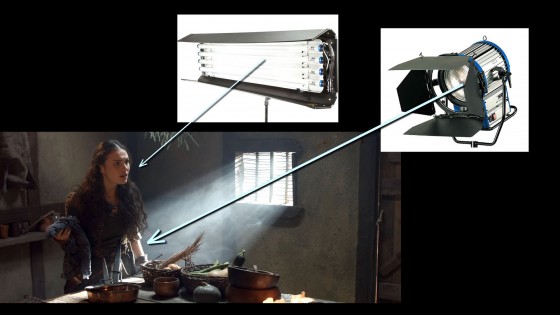 Alongside the series, I released Lensing Ren, a set of companion videos that broke down the lighting design and other cinematography choices in each episode. I thought it would be interesting to make frame grabs part of the lighting diagrams, so you can really see the effect of each lamp. It’s an idea that I’ve carried through to my Instagram feed, so if you’re the kind of person who often looks at a shot and wonders, “How was that lit?” then be sure to follow me and find out.

We’ve lost track of how many awards nominations Ren: The Girl with the Mark has received at festivals this year, but the tally of wins stands at a dozen, including four Best Series and Grand Jury Awards. And although a trio of nominations for Best Cinematography didn’t yield me a win, Ren has already been selected for several 2017 festivals, so there will be plenty more chances! 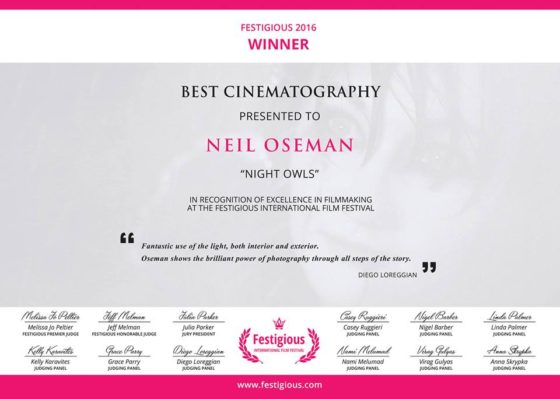 2016 did supply me with my first ever Best Cinematography award though, courtesy of  the Festigious International Film Festival and Sophie Black’s short film Night Owls. This was one of three awards which Night Owls collected this year. And two other shorts I photographed have scooped awards during the year: race drama Exile Incessant, and supernatural drama Crossing Paths. Congratulations to everyone who helped make all these projects such a success. 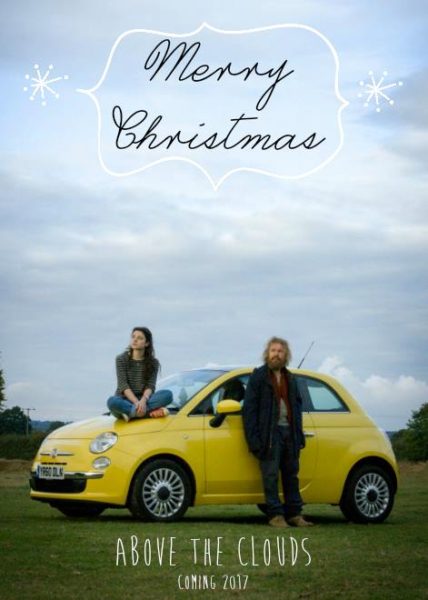 As regards new productions, my 2016 was dominated by two feature films: family fantasy The Little Mermaid, and comedy road movie Above the Clouds. You can already read my daily blogs about the latter film, and I hope to publish plenty of content about the cinematography of the former film when it’s released next year.

The Little Mermaid was the perfect follow-up to last year’s Heretiks, going from my first six-figure-budget film to my first seven-figure-budget film. It also gave me the opportunity to light and shoot Oscar-winner and Hollywood royalty Shirley MacLaine, film in an incredible 1930s circus, go swimming with an Alexa, and gate-crash Baywatch‘s wrap party. There were tremendous challenges and lessons to be learnt along the way, and I came out stronger, far more experienced and eagerly anticipating the release of what should be a really magical family film.

I also got to work on my first eight-figure-budget movie this summer, although I only did two days as pick-ups DP, recreating the lighting and camerawork of the extremely experienced cinematographer Javier Aguirresarobe, which was very instructional. Again, I hope to post a blog about that when The Etruscan Smile is released.

Meanwhile I have continued, as ever, to both acquire and share knowledge of the craft of cinematography. For example, in September I attended Cinefest, Bristol’s International Festival of Cinematography, while the same month I published a series of posts covering all the main types of lighting unit currently available. I learnt quite a bit while researching those posts, and hopefully readers got a lot out of them too. 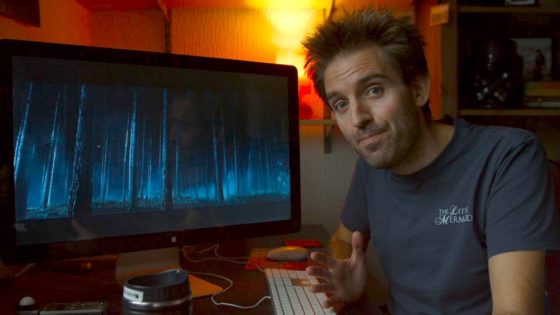 And in that vein I’ll be releasing a new YouTube programme in January 2017. Lighting I Like is a 6 x 3 minutes series that aims to raise awareness of the contribution which cinematography makes to a film or TV show, while educating aspiring DPs about the hows and whys of lighting design. Each week I’ll look at a scene I’ve picked from a major movie or series, explaining what makes the lighting so good and how I think it was achieved. Simple as that!

Lighting I Like will be released on Wednesdays starting January 4th, with the first episode discussing a scene from the Netflix series Daredevil. Be sure to subscribe to my YouTube channel so you don’t miss it.

And with that I will sign off for 2016. Enjoy your new year celebrations, and I wish you all the very best in 2017.