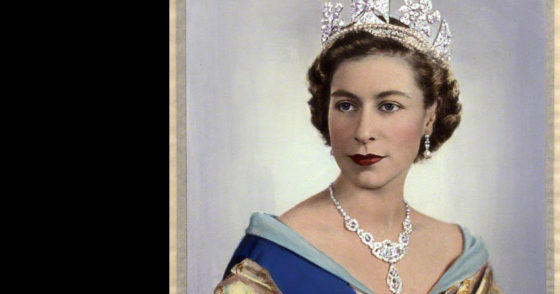 Following on from my ‘Know Your Lights’ overview last week, today I’ll look in more detail at the first category of lamps and the various units available and when you might use them.

And that first category is incandescent lighting, commonly known as tungsten. It is the oldest, simplest and most robust lighting technology. Tungsten lamps are the cheapest to hire, the easiest to repair, and emit a smoother spectrum of light than any other artificial sources, making for the most natural skin tones. For my money, there’s no better way to artificially light a human face than by bouncing a tungsten source off polyboard.

The simplest instruments are known as ‘open-face’ because they have no lens to focus the light. By far the most common units are the 800 Watt and 2,000 Watt models. These are often referred to as ‘redheads’ and ‘blondes’ respectively, though I strongly discourage these terms for reasons touched on here. 300W models – dubbed ‘Lilliputs’ by manufacturer Ianiro – are also available, as well as 1Ks and much larger models like the Mole-Richardson Skypan 5K and Skylite 10K.

While I have lit entire no-budget features with just open-face lights, on larger productions the uneven and unfocused nature of their light makes them a poor relation of other units on the truck. They are most likely to get fired into a bounce board or used to create a little pool of light somewhere in the deep background where finesse is not needed.

The fresnel lens was invented in the early 19th century by French physicist and engineer Augustin-Jean Fresnel in order to increase the focus and throw of lighthouse lamps. Today in the film industry, fresnel lenses can be found on tungsten, HMI and even LED fixtures.

1Ks and 2Ks are sometimes called ‘babies’ and ‘juniors’ respectively, but confusingly those terms can also refer to whether they are the smaller location models or larger studio versions of the same wattage.

Though the fresnel lens reduces the light output a little, the beam is much more focused and can therefore create a shaft of light through smoke, which open-face lamps cannot. Hence I sometimes use tungsten fresnels to simulate hard sunlight when shooting on a stage. But beware that shadows cast by a fresnel can sometimes show up the ridges in the lens.

I often fire fresnels into bounce boards, and because their light is more focused they require less flagging to control the spill than open-face units.

On Heretiks we used numerous 300W and 650W fresnels to beef up candlelight, often placing tough-spun diffuser over them, dimming them down to warm up the colour temperature, and flickering them too.

Par lights use a parabolic (shaped like half a rugby ball) reflector and a lens to produce a soft-edged oval pool of light. They are extremely common in theatres, but are often used in film and TV as well.

Unlike fresnel and open-face units, par cans are referred to not by wattage but by the diameter of the bubble in eighths of an inch. So a Par 16 (a.k.a. ‘birdie’) has a 2″ bulb.

Par cans are good for throwing shafts of light. On The Little Mermaid I used them to simulate car headlights, and as practicals (i.e. they were seen on camera) to uplight banners at the circus.

Maxibrutes (a.k.a. ‘Molepars’) are banks of multiple par 64 (1KW) lights. They come in banks of 4, 6, 9, 12 or 24. They pop up in the background of music promos quite often, because they look cool and kind of retro. I used two 9-light Maxibrutes, bounced off the tent roof, to illuminate the big top in The Little Mermaid. Some DPs like to use Maxibrutes for backlight on night exteriors. If you’re using them direct, you’ll need at least a sheet of diff to prevent multiple shadows.

Dedolites are compact units that use a unique lens system to produce very focussed, controllable light from (most commonly) 150W bulbs. They are widely available to hire, come with in-line dimmers, and are small and light enough to be rigged overhead or in tight spots. I often use them to beef up practicals.

Source Fours or (a.k.a. ‘lekos’) are ellipsoid reflector spotlights. They feature cutters which can be used to shape the beam, they can be hired with different lenses (some of which are zoomable), and they can be fitted with gobos to project patterns. They are good for stylised pools of light or for firing into distant bounce boards without spilling light elsewhere.

Spacelights are wagon-wheel configurations of three or six 1K lamps inside a cylinder of diffusion material. They are normally used in large numbers to provide ambient toplight on stage. Click here for a brief video introduction to spacelights.

Jem Balls, or China balls, resemble Chinese paper lanterns. They come in 22″ (up to 1KW) and 30″ (up to 2KW) sizes and produce a very soft light which I personally find is never bright enough.

Bare bulbs (usually referred to as ‘globes‘) in pendant fittings can be hung from overhead or hidden behind set dressing, perhaps to beef up practicals. On Ren: The Girl with the Mark and other projects I hid some globes behind furniture to enhance the pool of light from candles.

Finally, tungsten is usually the most desirable type of bulb to use in practicals. It is commonplace when shooting a daylight interior for a spark to go around replacing the energy-saver fluorescent bulbs in the table lamps with old-school tungsten ones. The colour is much nicer, the skin tones are better as noted above, and they can be dimmed to just the right level for camera.

I’m sure I’ve missed something out – please feel free to let me know on Facebook or Twitter! Next week: HMIs.