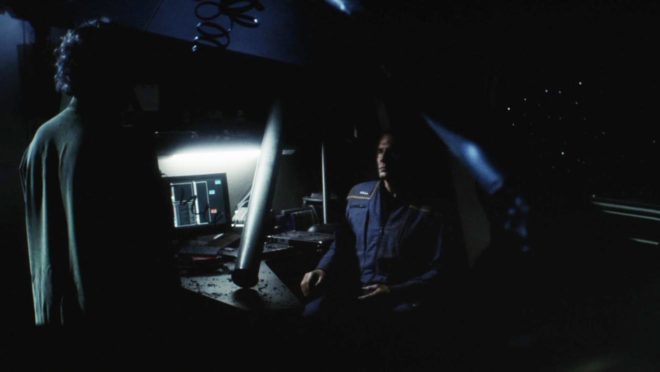 Season two of my little YouTube show Lighting I Like comes to an end with a look at an uncharacteristically dark scene from Star Trek: Enterprise.

All episodes of Enterprise can be seen on Netflix in the UK. 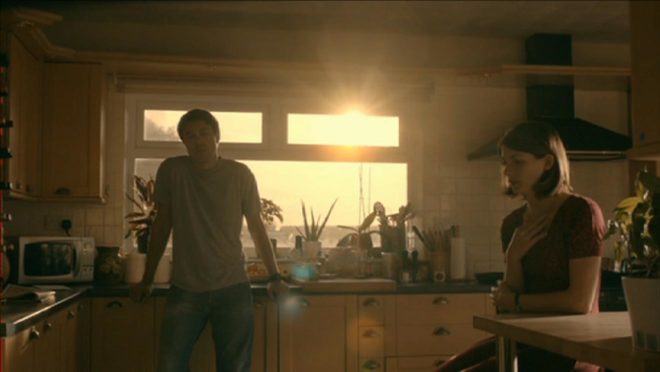 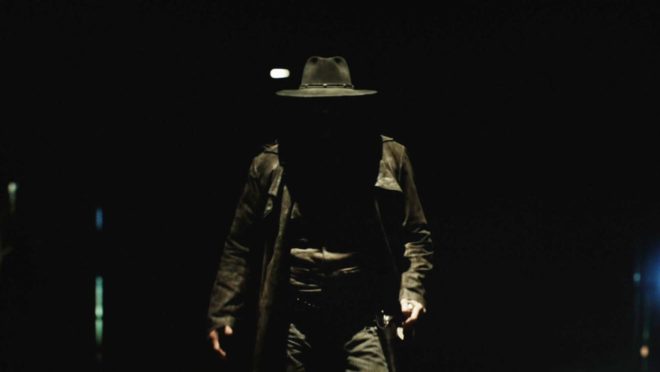 Preacher is the subject of this week’s episode of Lighting I Like. I discuss two scenes, from the second episode of the second season, “Mumbai Sky Tower”, which demonstrate the over-the-top, comic-book style of the show.

Both seasons of Preacher can be seen on Amazon Video in the UK.

New episodes of Lighting I Like are released at 8pm BST every Wednesday. Next week I’ll look at two scenes from Broadchurch. Click here to see the playlist of all Lighting I Like episodes. 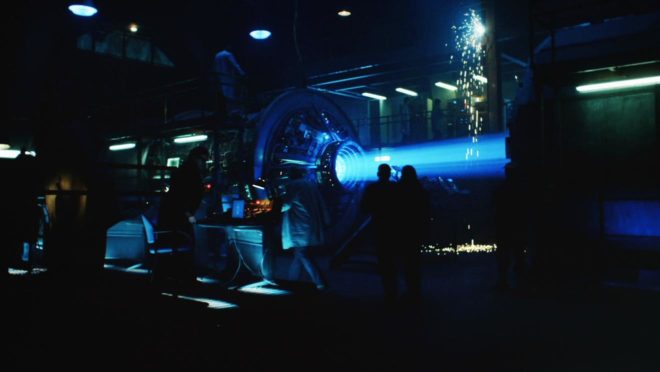 The latest episode of Lighting I Like is out, analysing how the “Splinter Chamber” set is lit in time travel thriller 12 Monkeys. This adaptation of the Terry Gilliam movie can be seen on Netflix in the UK.

I found out lots about the lighting of this scene from this article on the American Society of Cinematographers website. It didn’t mention the source inside the time machine though, but my guess is that it’s a Panibeam 70, as used in the Cine Reflect Lighting System.

New episodes of Lighting I Like are released at 8pm BST every Wednesday. Next week I’ll look at two scenes from Preacher. Click here to see the playlist of all Lighting I Like episodes. 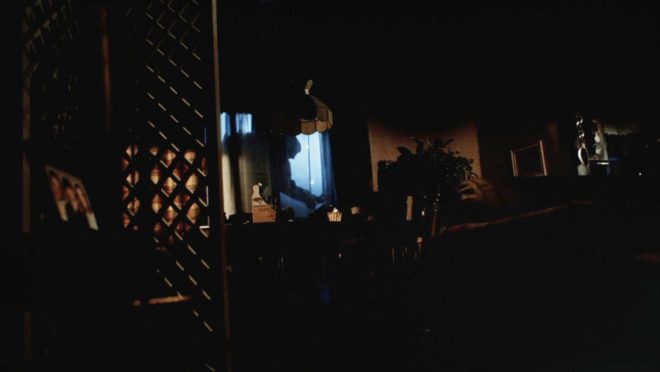 My YouTube series Lighting I Like is back for a second season of six episodes. It’s a very short and simple show, aimed at raising awareness of the art of lighting amongst non-cinematographers, or those at the very start of their cinematography career. Each week I look at the lighting choices made in one or two scenes of a TV/VOD show and how those choices help tell the story.

First up is Breaking Bad, the critically acclaimed series about a high-school chemistry teacher who, after being diagnosed with leukaemia, resorts to manufacturing drugs to ensure his family’s financial future. All five seasons of the show are available on Netflix in the UK.

Breaking Bad is dark and gritty, shot on 35mm film, and features some beautiful cinematography, one example of which I recently covered in my post on modifying window light. You can read an interesting analysis of the show’s photography on Cinevenger.

In the above video I also provide additions and corrections to some episodes of Lighting I Like‘s first season. Click here to see the playlist of all Lighting I Like episodes.

New episodes of Lighting I Like will be released at 8pm BST every Wednesday. Next week I’ll look at a couple of scenes from The Man in the High Castle.

This week’s edition of Lighting I Like focuses on a scene from Life on Mars, my all-time favourite TV show. Broadcast on the BBC in 2006 and 2007, this was a police procedural with a twist: John Simm’s protagonist D.I. Sam Tyler had somehow travelled back in time to the 1970s… or was he just in a coma imagining it all? Each week his politically correct noughties policing style would clash with the seventies “bang ’em up first, ask questions later” approach of Philip Glenister’s iconic Gene Hunt.

I must get around to doing a proper post on colour theory one of these days, but in the meantime, there’s a bit about colour contrast in this post. And you can read more about using practicals in this post.

I hope you enjoyed the show. The sixth and final episode goes out at the same time next week: 8pm GMT on Wednesday, and will feature perhaps the most stunning scene yet, from the Starz series Outlander. Subscribe to my YouTube channel to make sure you never miss an episode of Lighting I Like.

It’s Wednesday, and that means it’s time for another episode of my YouTube series Lighting I Like. This one is about The Crown, one of the most beautifully shot shows of 2016.

You can read more about how the cinematography reflects the burden of the wearing the Crown in my post “How The Crown Uses Broad Key Lighting to Evoke Tradition“.

There are also examples from The Crown in my recent post on using shafts of light through windows.

I hope you enjoyed the show. Episode five goes out at the same time next week: 8pm GMT on Wednesday, and will cover a scene from my all-time favourite TV series, Life on Mars. Subscribe to my YouTube channel to make sure you never miss an episode of Lighting I Like.

The third episode of my YouTube cinematography series Lighting I Like is out now. This time I discuss a scene from the first instalment in the Harry Potter franchise, directed by Chris Columbus and photographed by John Seale, ACS, ASC.

You can find out more about the forest scene from Wolfman which I mentioned, either in the February 2010 issue of American Cinematographer if you have a subscription, or towards the bottom of this page on Cine Gleaner.

If you’re a fan of John Seale’s work, you may want to read my post “20 Facts About the Cinematography of Mad Max: Fury Road“.

To read about how I’ve tackled nighttime forest scenes myself, check out “Poor Man’s Process II” (Ren: The Girl with the Mark) and “Above the Clouds: Week Two”.

I hope you enjoyed the show. Episode four goes out at the same time next week: 8pm GMT on Wednesday, and will cover a scene from episode two of the lavish Netflix series The Crown. Subscribe to my YouTube channel to make sure you never miss an episode.

Lighting I Like: “Harry Potter and the Philosopher’s Stone”